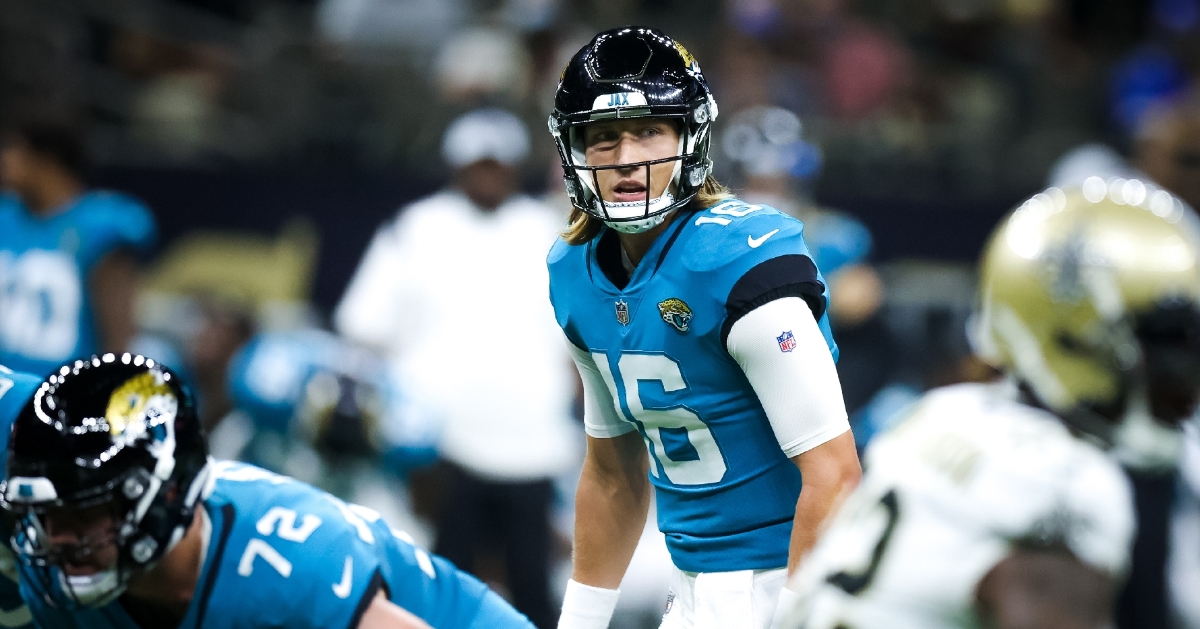 It's not always been easy but Lawrence is growing as a player this season, says Palmer. (Photo: Stephen Lew / USATODAY)

Trevor Lawrence's debut season in Jacksonville has been anything but easy, but looking beyond some of the numbers, at least one QB expert says the No. 1 overall pick is right on track.

That figure is second-best among rookie QBs, to New England's Mac Jones (14th; 52.7). QB consultant Jordan Palmer, who worked with Lawrence in the pre-draft process this year, says you have to look at the situation Lawrence walked into.

"Every rookie who ends up playing has a different start. We've seen guys start hot and a ton of guys start a lot worse than Trevor," Palmer told the Rich Eisen Show. "Really -- you're the No. 1 pick, you're taking over a team that earned the No. 1 pick. You have a roster that needs to be developed and all that. What I look with Trevor is how often are you making the same decisions, good ones or bad ones, over and over again? I think there are certain interceptions that quarterbacks have to throw to know they can't throw that ball...Coach can tell you not to do it, but you've got to kind of do it and feel it to harness that. I don't see Trevor making a lot of the same mistakes.

"I see him being aggressive and pushing the ball downfield and trying to execute this offense quickly. Roster-wise, they're going to continue to evolve. New staff. New everything. I just don't see Trevor making a lot of the same mistakes over and over again so that means I see him progressing and at no point does the game seem too hard or too big or too fast or too complex.

"I think he's progressing nicely and I think everyone should be patient."

Palmer talked about the different mentality Lawrence has as a competitor and he sees Lawrence learning and evolving as a player.

Palmer believes the Jaguars can turn things around under his leadership.

"I bet on Trevor that he can kind of like right that ship," he said.