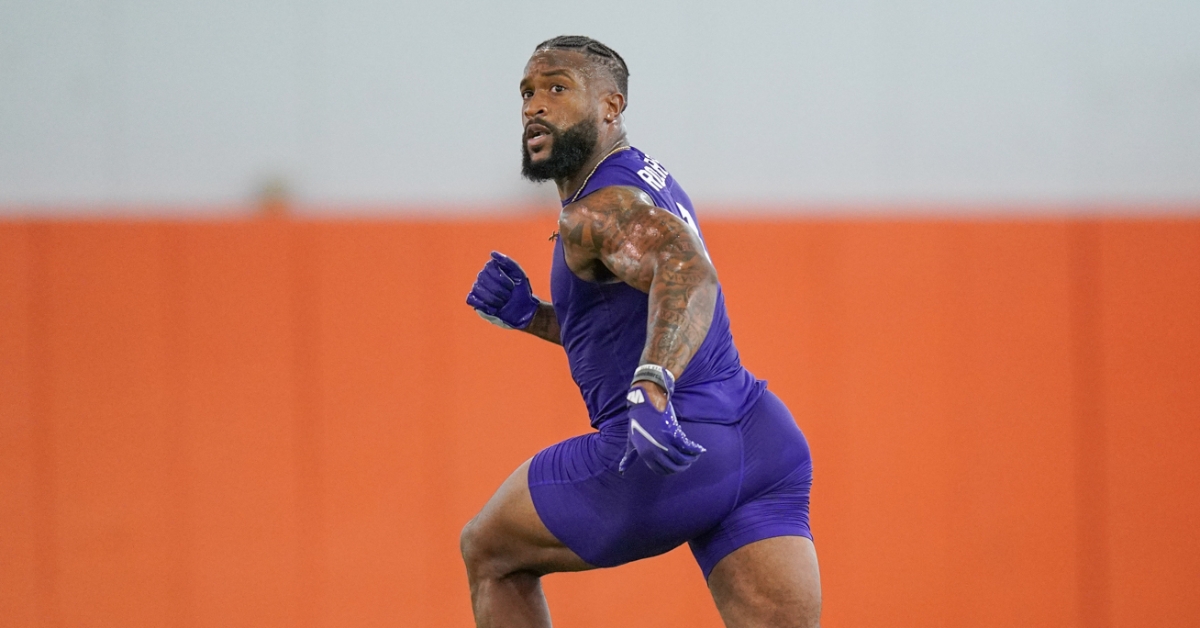 Packers offensive coordinator says Rodgers can do some "cool things" for the Packers.

Former Clemson receiver Amari Rodgers has drawn some rave reviews from his new coaches in Green Bay early after a NFL draft third-round selection in April.

Head coach Matt LaFleur said he looked "like a grown man" in rookie mini-camp and his offensive coordinator is ready to use his skills on the field.

"I think without a doubt he's going to do some cool things for us this upcoming year," offensive coordinator Nathaniel Hackett said, per Packers.com. "He's not intimidated by what we're handing to him. He's a student of the game and you can see that. He's got a natural feel to the game in these limited reps. I think that's only going to develop with time and I'm excited about the progress that he's making."

Rodgers says his time in Clemson has prepared him to make an impact.

"Just being able to come from Clemson and how they coached me there, teaching me details in the game," Rodgers told Green Bay media recently. "Everything I learned at Clemson, I just roll with it. Just standing on it once I got here and started to learn the offense here. Just putting things that tied to Clemson's offense to this offense and just helping that remind me...

"So I feel like just from Clemson -- coming from such a great program with coach (Dabo) Swinney and those guys, I feel like they prepared me for this moment."

Rodgers has also reportedly been a regular on punt returns in Green Bay.

"He's just doing a good job right now of tracking the ball," special teams coordinator Maurice Drayton told Packers.com. "His catch point is the same on every catch. His approach to it, he understands the importance of it, and that's what makes him very valuable to us right now as a prospective punt returner."