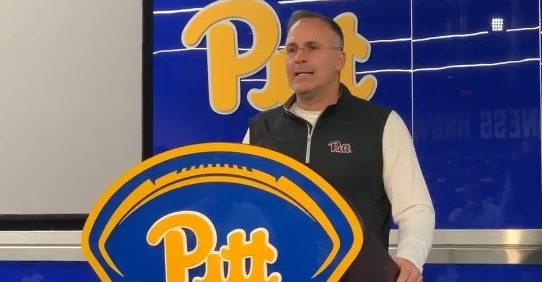 Clemson lost 27-17 to Pittsburgh on Saturday to fall to 4-3 on the season.

It was a drastic contrast from Clemson's 52-17 thrashing of Pittsburgh last year inside Death Valley.

During Monday's media availability, Pittsburgh corner Damarri Mathis said that the Tigers acted in "arrogance" when they didn't a knee a few times in the final minute in the blowout win last season.

Pat Narduzzi was asked about the comments.

"We try to do things with class here," he said. "Victory formation is a good formation. One of my favorites to end a ballgame like that with two minutes to go and no timeouts. Other people decide to do it another way than what we do. It will always come back to get you. Karma's rough."

Pitt corner Damarri Mathis said after the Clemson game that Dabo Swinney’s team acted with “arrogance” last year not kneeling out its 52-17 win.