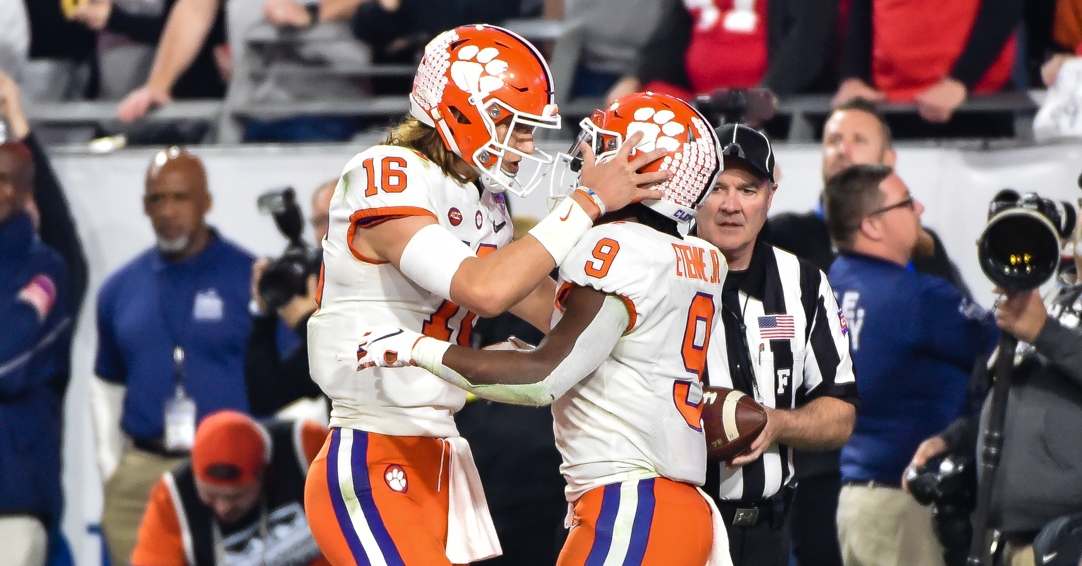 These two Clemson offense stars could find themselves in the next NFL draft first round.

There is plenty to be settled between now and the next NFL draft, but there's no question it will have some very talented Tigers in it.

Travis Etienne will definitely be in the mix and then there's the consensus projected No. 1 QB Trevor Lawrence, another possible top-10 early-entry in receiver Justyn Ross and some talented linemen.

Bleacher Report's way-way-way-too-early mock draft has the Jacksonville Jaguars as the winners of the 'Tank for Trevor' sweepstakes with a No. 1 pick, Xavier Thomas boosting his stock as a junior to a No. 14 selection and Etienne (21), Jackson Carman (25) and Ross (27) also in the first round.

"Lawrence could have been the No. 1 pick in the last two drafts," Bill Bender writes. "The 6-6, 220-pound quarterback has 66 TDs and 12 interceptions the last two season, and he's added 10 rushing TDs. He's the kind of quarterback who generates hype reserved for former No. 1 picks such as John Elway, Peyton Manning and Andrew Luck, and he will be the presumed top pick unless something drastic happens in 2020."