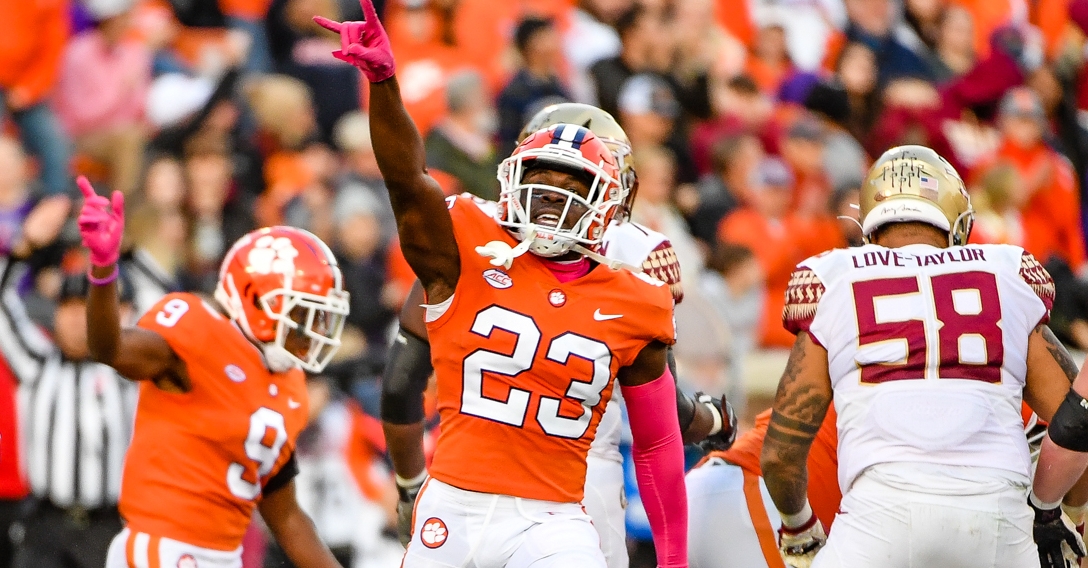 Booth didn't allow a catch in four targets his way against South Carolina.

Pro Football Focus named its All-ACC teams earlier this week and featured a number of Tigers.

Three Clemson defenders marked the first team in defensive end Myles Murphy and cornerbacks Mario Goodrich and Andrew Booth. Booth wrapped his regular season by garnering a 92.2 coverage grade and no catches allowed in four targets his way against South Carolina. Murphy led the team in sacks (7) and tackles for loss this season (13), while Goodrich tallied seven pass breakups with one interception.

Clemson’s only offensive rep came on on the second team with left tackle Jordan McFadden, while the defensive side there had Xavier Thomas, Trenton Simpson, Andrew Mukuba, and then for special teams, BT Potter. McFadden was a two-time offensive lineman of the week recipient, including for a 94 percent grade for the win over South Carolina. Thomas led the Tigers with 15 QB pressures and Mukuba topped the team with nine pass breakups. Simpson ranked second on the team in tackles for loss (12) and sacks (6) and third in tackles (72) and QB pressures (9). Potter has connected on 19-of-23 field goal attempts this season.

Tyler Davis and Will Shipley (kick returner) were honorable mentions.