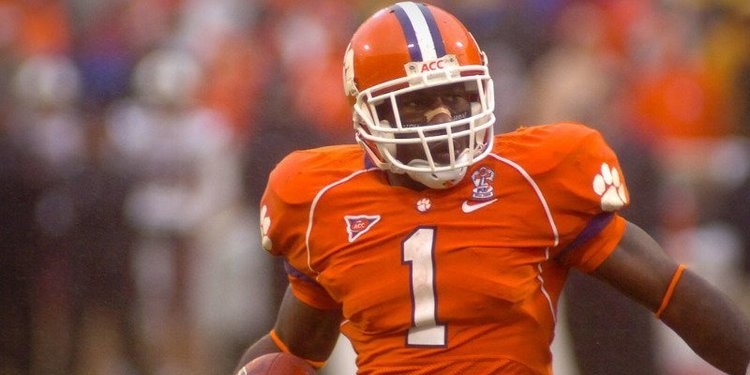 Davis is the No 2 rusher in Clemson history with 3,881 yards

Eight former Clemson athletes representing seven sports, plus a former athletic director who made one of the most important coaching hires in the 123-year history of the school’s athletic department, represent the Clemson Athletic Hall of Fame Class for 2019. The announcement was made Monday by Director of the Block C Club Bob Mahony. The nine-member class will be inducted the weekend of November 15-16, 2019 in conjunction with the Wake Forest football game.

This year’s class includes six former All-Americans, a national player of the year, three athletes who were named to ACC 50-Year Anniversary Teams, and three athletes who are still ranked in the top 10 in scoring of their respective sports.

Also included in the 2019 Clemson Athletic Hall of Fame Class are Karen Hartmann, a women’s track great who made the ACC 50-Year Anniversary team in 2002, Nadra Simmons, a seven-time women’s swimming All-American, and Terry Don Phillips, Clemson’s award-winning athletic director from 2002-12, who made the decision to hire Dabo Swinney as head football coach in 2008.

Had 47 rushing touchdowns, still the Clemson career record. Third in Clemson history in total touchdowns with 49 and seventh in scoring.

One of four finalists for Hermann Award in 1993, the Heisman Trophy of soccer

Scored Game winning goal with one second left to beat #1 ranked Virginia in 1993.

Had a 37-game hitting streak in his career, the second longest in school history

1990 ACC Player of the Year, when he was second in the nation in runs scored

During his career, Clemson had 57 top 25 finishes and won 13 ACC Championships

The athletic program invested more than $140 million in facilities

Ranked eighth in Clemson history in scoring with 1684 points

That 2007-08 Clemson team finished in the AP Top 25 and reached the finals of the ACC Tournament for the first time in 46 years.

Clemson’s career leader in three point goals with 281, he is also third in steals with 210.

Went on to a long professional career in Europe

Named National Senior Player of the Year for 1997.

Also won the Van Nostrand Award for sportsmanship in 1997, the only player in college tennis history to win both honors in the same year.

ACC Player of the year in 1997, he led Clemson to the ACC Championship that year

Led Clemson to a #19 national finish, he was #19 in the final singles poll

Second-round selection of the Lions in the 1971 draft, he was the 30th pick overall.