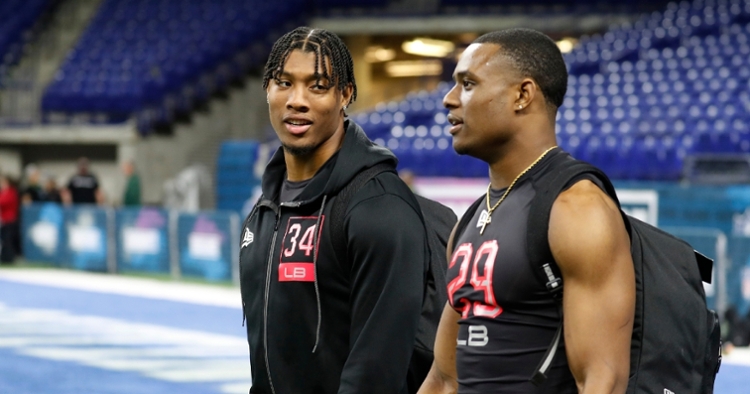 Pro dreams will come true in just a few hours with the start of the three-day event that is the 2020 NFL draft (8 p.m. ESPN/NFL Network).

NFL.com's draft experts all updated their final projections in the last couple days with a variety of outcomes for Clemson's NFL prospects.

Lance Zierlein pegs Isaiah Simmons as a top-10 pick at No. 8 to Arizona (all other mock draft links in this), with A.J. Terrell going No. 19 to the Raiders.

Peter Schrager is picking the same destination for Simmons and Terrell to the Jacksonville Jaguars at No. 20.

Bucky Brooks has the ACC defensive player of the year Simmons at No. 6 to the LA Chargers and Terrell at No. 16 to Atlanta.

Charlie Casserly also projects Simmons to Arizona and no other Tigers in the first round.

Charles Davis is on the same track with Simmons at No. 8 and then Terrell at No. 20.

Chad Reuter's seven-round mock has Simmons at No. 7 with the Panthers, Terrell at No. 19 to Las Vegas, K'Von Wallace in the second round to Philly (No. 53), Tee Higgins in the third to the Chargers (No. 71), Tanner Muse in the fifth to Carolina (No. 148) and John Simpson in the sixth to Jacksonville (No. 206).

Daniel Jeremiah picks Simmons for Carolina at No. 7 and Terrell as the Raiders' No. 19 selection.