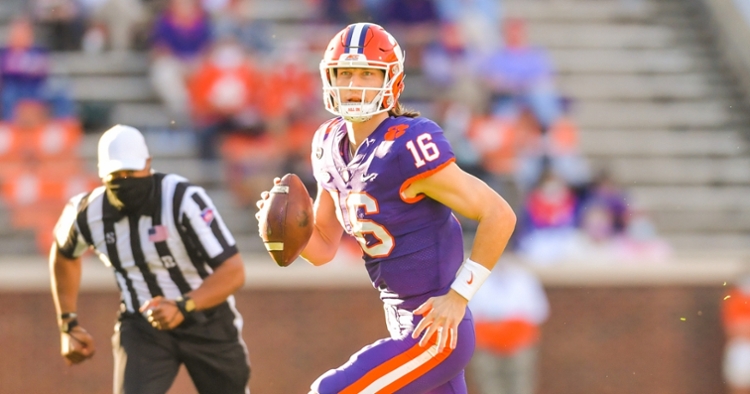 Clemson quarterback Trevor Lawrence will likely be the No. 1 overall pick in the upcoming 2021 NFL Draft on April 29.

While we wait for the draft, national analysts are dissecting Lawrence's game, his quotes, and highlight films to have some pre-draft coverage of the possible generational talent.

NFL Network analyst Charles Davis is fond of Lawrence's game and compared him to NFL Hall-of-Famer Joe Montana with their hair and winning ways.

"Look, the hair crept out from the back of the helmet of Joe Montana a little bit," Davis said. "It creeps a lot further for Trevor Lawrence."

Davis sees a lot of Montana in Lawrence.

"He plays more like Montana,” he said on NFL Network. “He has quick feet, processes, and is a great thrower.”

Montana threw for 40,551 yards with a 117-41 overall quarterback record during his impressive NFL career.

Clemson linemen rated among top-10 players at their position

Dabo's All In Ball with special guest Jon Gruden takes place on Saturday
Post your comments!