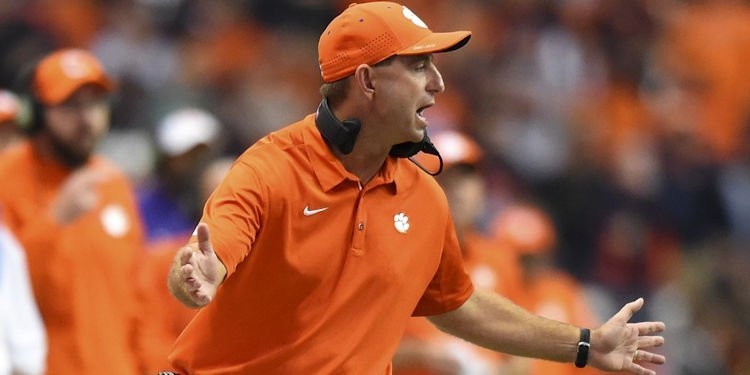 Clemson's kicking situation through seven games has the Tigers looking for some new options.

Swinney said Costa has tried out for the team before.

"I told him he is on a day to day contract - kick to kick contract," Swinney said. "You know in the NBA they got those 10-day contracts. I told him you are on a day to day, kick to kick contract. He is actually a really good kid...He actually tried out two years ago or three years ago and we really liked him. We just didn't have a spot. So we kinda inventoried him and bring him back out in the spring.

"He had like hernia surgery so he couldn't kick (then). He couldn't do anything. That is when we found Heugel. So we bring Huegel out for the fall and we didn't have a spot for another kicker. But he has always been right there on the fringe...First time out here today so I introduced him to the fellows."

Backup Alex Spence has struggled stepping in, going 2-for-6 on field goal attempts and missing two from under 40 yards out in last week's 27-24 loss.