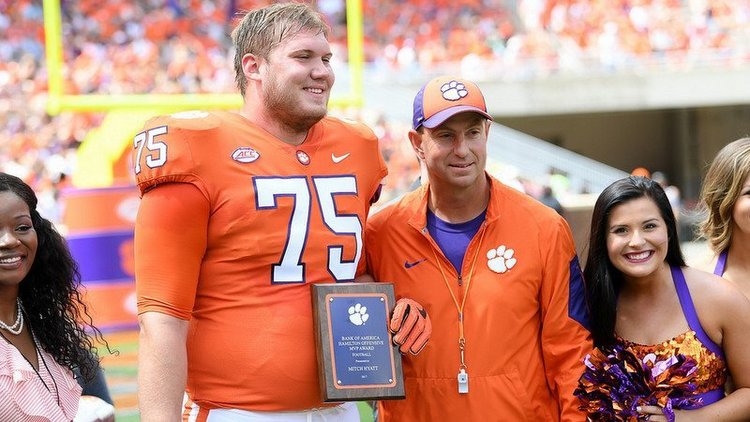 Senior offensive lineman Mitch Hyatt has been so reliable during his four years at Clemson.

Hyatt now holds the record for most snaps in Clemson history with 3,362 after playing in the Louisville game.

In October, he was named the Outland Trophy National Player of the Month.

Congrats to Hyatt from everyone at TigerNet.com for playing more snaps than anyone in Clemson history.

Mitch Hyatt. The most snaps from scrimmage in Clemson history #ALLIN ?? pic.twitter.com/GrKAyHTZVP

With that play, the record books have been rewritten. Congratulations to Mitch Hyatt, the most versed ?? in Clemson football history! #ALLIN pic.twitter.com/PvFOV5NQwK

Check out photos of him celebrating with his coach: