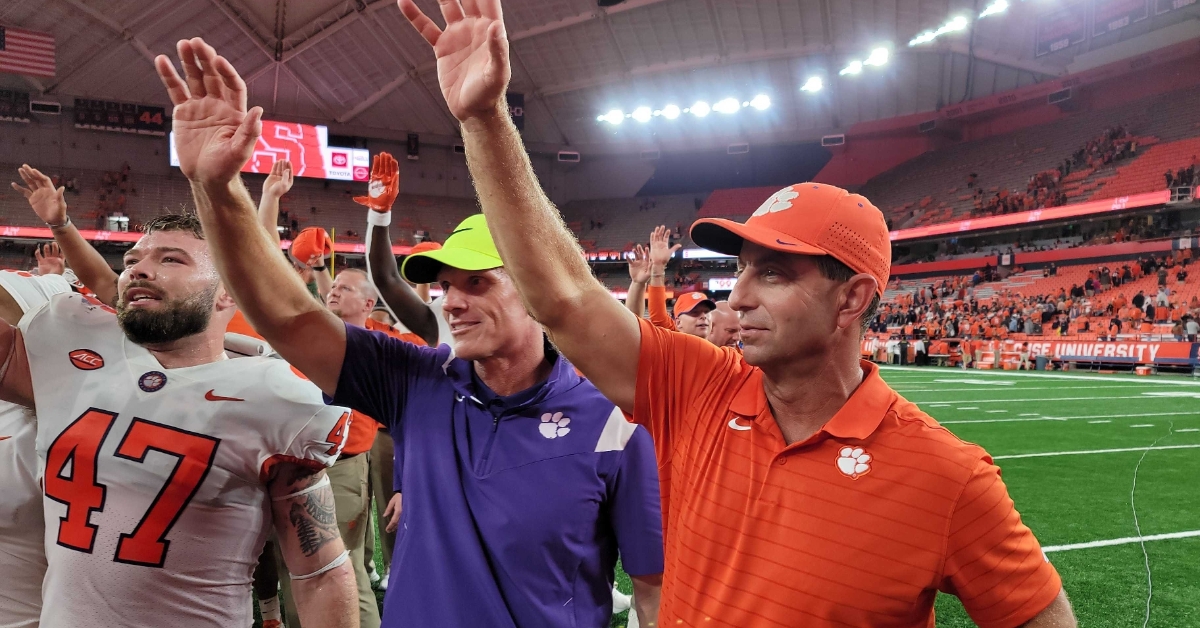 Could Clemson return to New York state in December?

We are six games in with six games to go in the regular season as the Tigers (4-2, 3-1 ACC) are looking to finish the 2021 campaign strong.

This week's trip to No. 23 Pittsburgh could have a large bearing on Clemson's postseason hopes, with another conference loss making a seventh-straight ACC Championship bid almost out of reach.

In the latest bowl projections, CBS Sports and 247Sports both see a Clemson-Kansas State matchup in Orlando's Cheez-It Bowl on Dec. 29.

ESPN's latest ($) are split between a trip to Yankee Stadium on Dec. 29 with the Pinstripe Bowl and another Clemson-Texas A&M bout in the Gator (Jacksonville, Florida; Dec. 31).

The latest Sporting News projection was before the weekend and had Clemson meeting Nebraska back in Charlotte at the Duke's Mayo Bowl.

Clemson's last non-New Year's Six bowl was in the 2014 season in what is now the Cheez-It Bowl in Orlando.