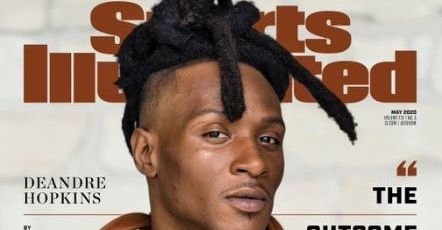 Former Clemson receiver DeAndre 'Nuk' Hopkins is on the cover of the May 2020 issue of Sports Illustrated.

The caption reads,"You can trade the NFL's best wideout. But he won't let you define him."

Hopkins has registered 632 catches for 8,602 yards and 54 touchdowns during his NFL career. He is just the third player in NFL history to post over 600 receptions, 8,500 receiving yards, and 50 receiving touchdowns in his first seven seasons.

Just a kid from Central.@DeAndreHopkins