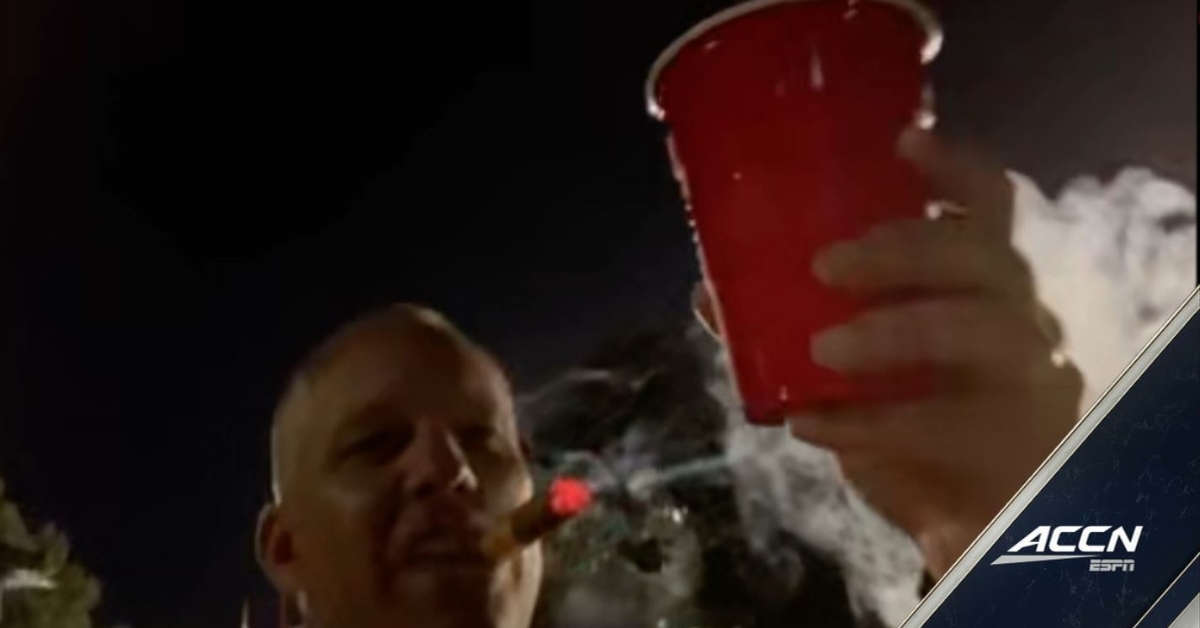 It means something to beat Clemson.

NC State head coach Dave Doeren finally got the win against the Tigers in his ninth try.

It was the first Wolfpack win over Clemson since 2011 and the first top 10 win for them since beating No. 3 Florida State in 2012.

The defeat snapped Clemson’s 36-game winning streak against teams unranked in the AP Poll, the second-longest in school history.

Doeren celebrated the win by smoking a cigar and drinking from a red solo cup during postgame interviews.

It was certainly the biggest win of his coaching career.

Solo cup and a cigar after beating Clemson ??@StateCoachD living his best life ... catch him on The Huddle tonight after the UNC-Georgia Tech game. pic.twitter.com/NV8SsSJKrR

A cigar and a solo cup.