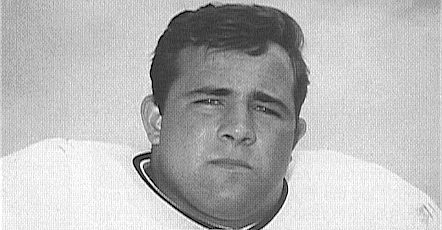 -Only unanimous choice to All-ACC team in 1967, it was his second straight year on the team.

-Named to the Silver Anniversary All-ACC team in 1977.

-Scored a 12-yard touchdown, with a fumbled snap from center, against South Carolina his junior year.

-Ranked as Clemson's #17 football player of all-time by a panel of Clemson historians in 1999.