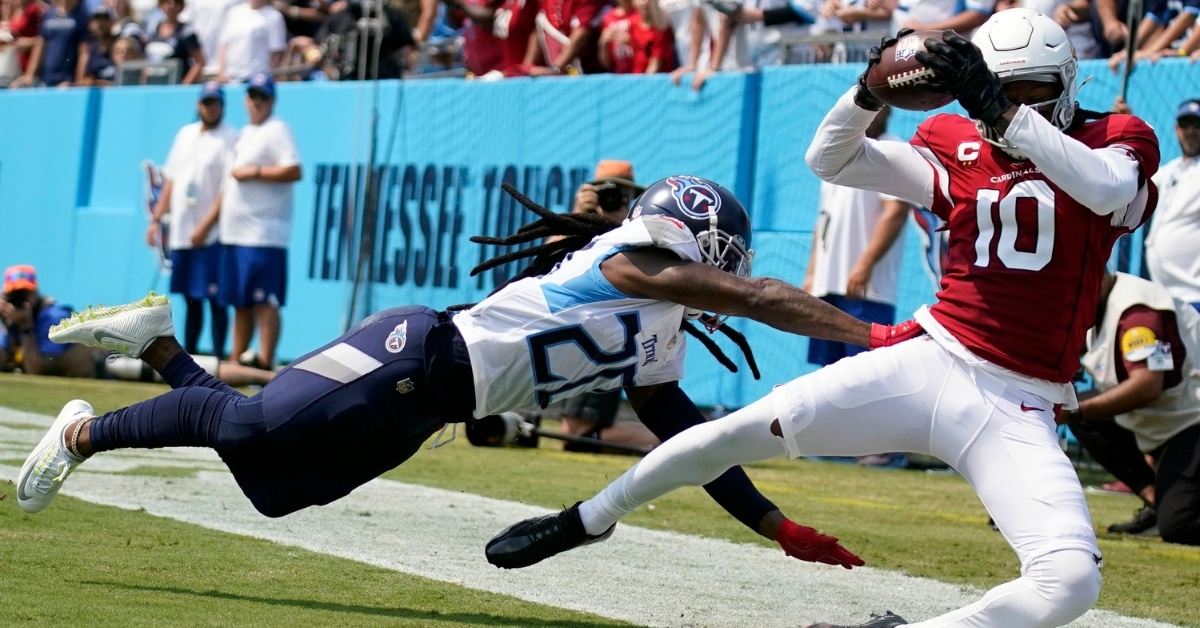 The Arizona Cardinals got off to a fast start to their 2021 season by defeating the Tennessee Titans 38-13 on Sunday afternoon.

Former Clemson standout DeAndre Hopkins was a big reason for the victory with his six catches on eight targets for 83 yards and two touchdowns.

In the first quarter, 'Nuk' had an impressive five-yard touchdown as he somehow kept both feet inbounds in the back of the endzone after a nice throw on the run by Kyler Murray.

NBA star Lebron James must have been watching the game on CBS and came away in awe, tweeting about Hopkins: