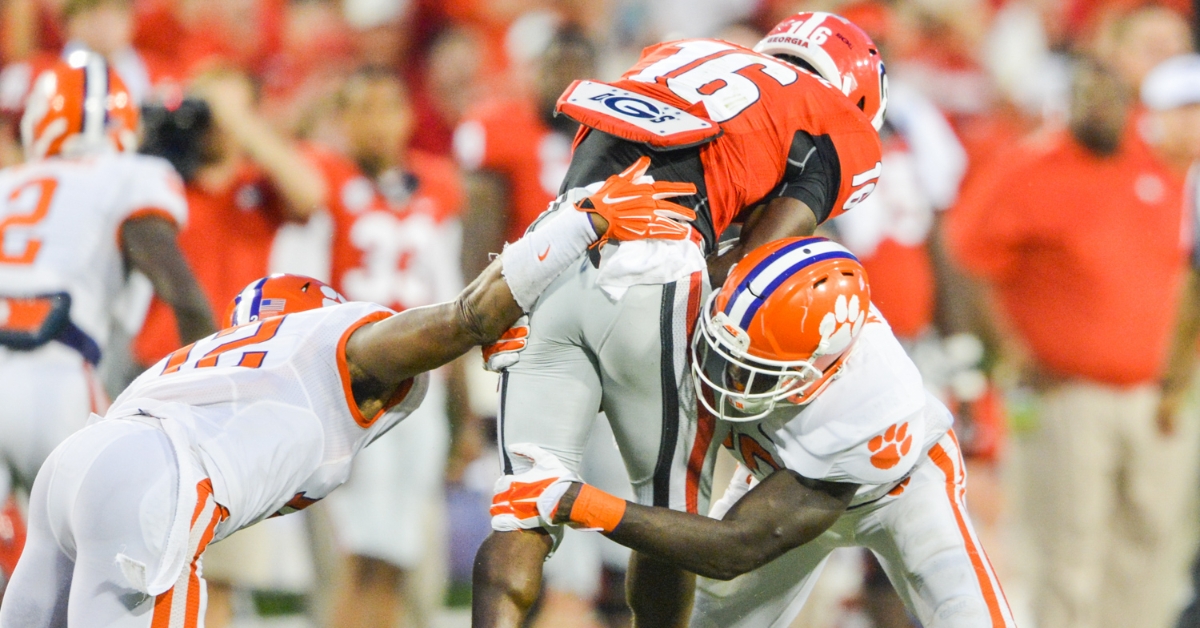 The Clemson-UGA should be a hard-hitting affair

The college football season will be here before you know it.

One of the highly-anticipated matchups of the upcoming season will be the ACC vs. SEC clash between Clemson and Georgia.

Georgia head coach Kirby Smart was on ESPN Radio's 'Marty and McGee' recently and talked about how important the Clemson-Georgia rivalry has been over the years.

"It’s what people want to see. It’s what college football’s all about,” Smart said. “When I was growing up, that was one of the biggest rivalries in all of college football. Georgia-Clemson in the early ’80s was just epic, and most people don’t really remember that. And even as a player at Georgia, we played Clemson, I went to Death Valley, played them at home, and as late as Todd Gurley being here, played Clemson.

Smart had a some kind words to say about Clemson head coach Dabo Swinney.

"It’s a great rivalry. It’s not far apart. We recruit a lot of the same kids, got a lot of respect for Dabo, he’s done an incredible job with that program.”

Clemson and Georgia will face off at Bank of America Stadium in Charlotte, N.C., on Sept. 4.