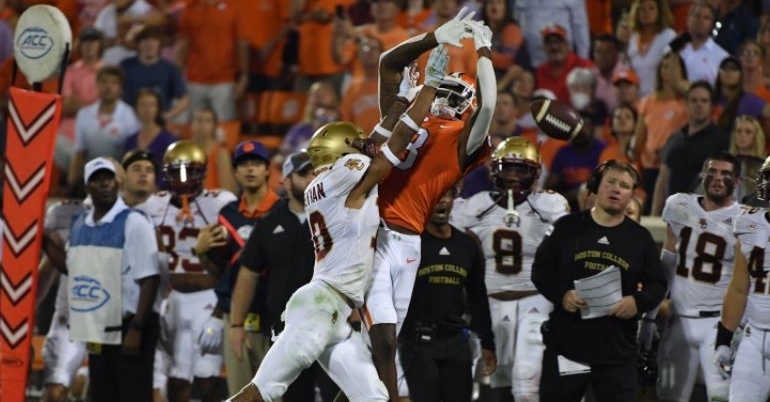 Not great news for a struggling offense.

Clemson standout receiver Justyn Ross was seen walking to the locker room early in the second quarter with an apparent injury.

Ross came out of the locker room after halftime in street clothes.

He had one catch for 15 yards on two targets during the contest.

Beaux Collins has replaced him at receiver.

We will update you when we have any injury information from Clemson officials or once we get to talk to Dabo Swinney after the game.

Update: Dabo Swinney said that Ross got hit in the head during the game and they shut him down.