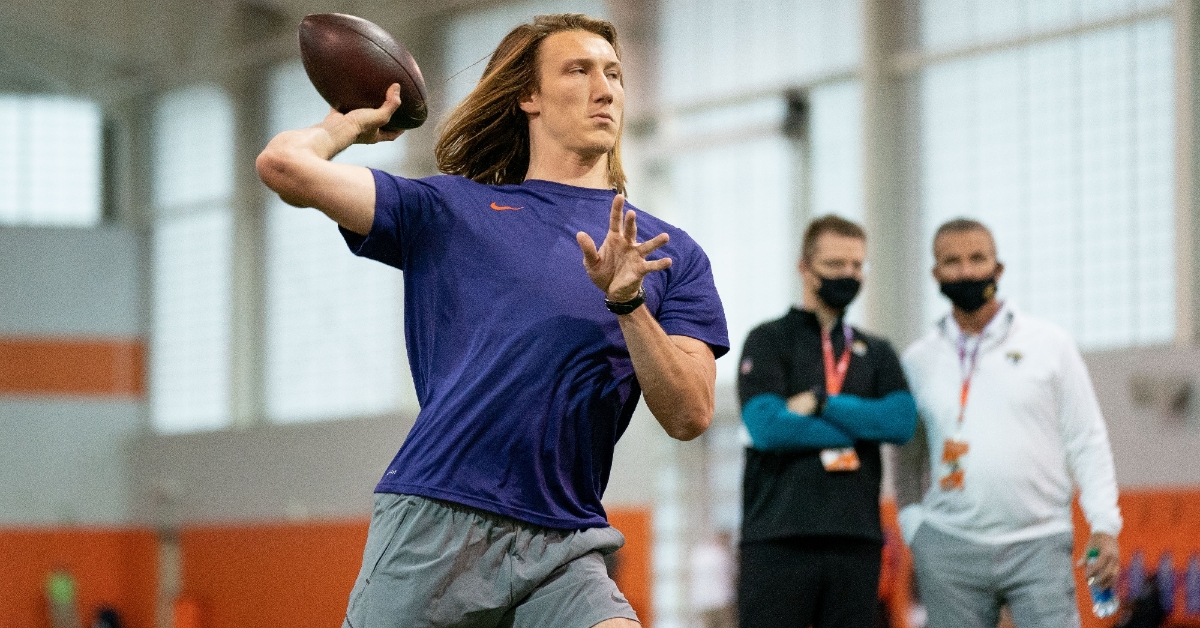 Meyer is getting a franchise QB in year 1 (Clemson photo)

The Jacksonville Jaguars fan base is pretty excited for the upcoming season.

The recent draft picks of Trevor Lawrence and Travis Etienne plus the addition of Urban Meyer as head coach has been made season tickets a hot commodity.

NFL.com's Judy Battista reports that tickets have been selling fast and furious since December.

“According to the Jaguars, they saw a spike in new season ticket deposits in December, when they secured the first overall pick and then again when Meyer was hired in mid-January,” Battista wrote. “The sales office has received eight times the number of new deposits compared to the last few seasons. Perhaps most important to the business side of the franchise, more than 50 percent of those deposit holders are completely new – they weren't even in the team's database for having purchased a ticket of any kind. And they are, on average, about 10 years younger than the existing season ticket base, indicating that the Meyer-Lawrence tandem is attracting a new generation of fans.”

Lawrence's hometown of Cartersville, GA, and also the proximity of Clemson, SC has many of his fans nearby and within driving distance to see some of his games.