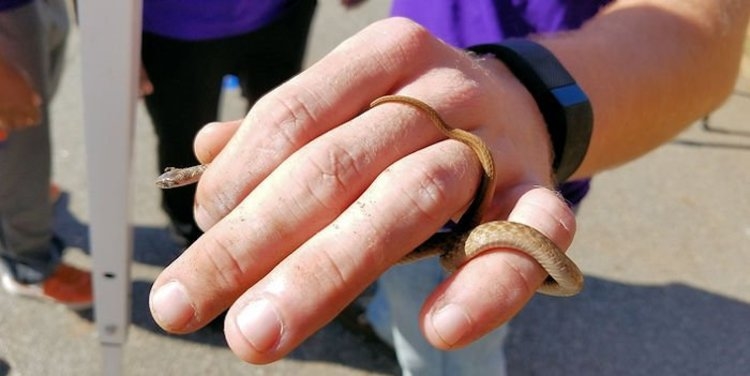 The Clemson Football team is working with the Habitat for Humanity on Tuesday afternoon for their team's community service day.

Out at Clemson's community service day, and K Greg Huegel finds a baby copperhead. Proceeds to scare DL with it pic.twitter.com/qySkBn6FRY

Clemson freshman Dexter Lawrence was one of the players responsible for the pressure washing.

Dabo Swinney talks to Watson and his family today pic.twitter.com/9A3Okg0O6u