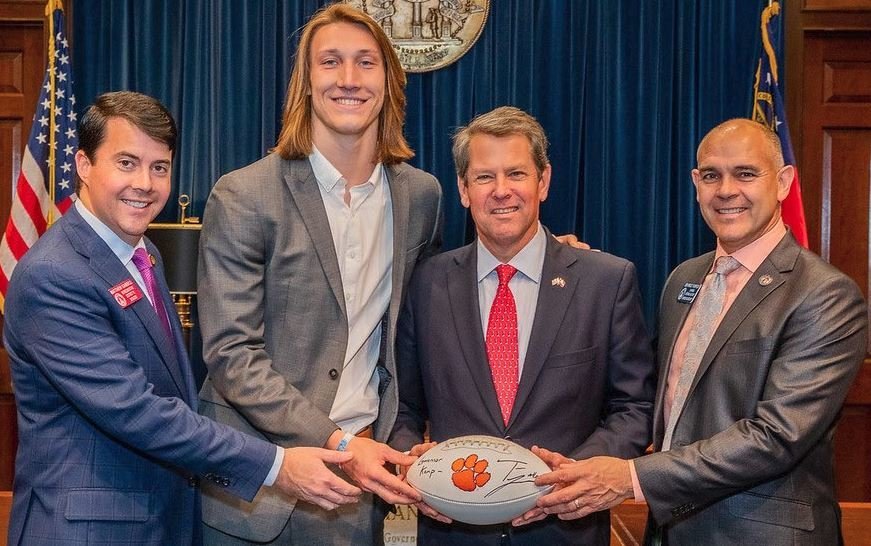 Trevor Lawrence's first collegiate season was a smashing success as the Tigers won the National Championship and went an undefeated 15-0.

Lawrence was honored for his athletic achievements and character traits with a Georgia State Senate resolution on Tuesday.

"… Trevor Lawrence, though one of the most successful young athletes in this great nation, has maintained his humble nature and continues to make family a top priority in his life, and his strong sense of loyalty, unwavering commitment and perseverance set an example for all to admire," according to the resolution. "Now, therefore, be it [resolved] by the Senate that the members of this body recognize and commend Trevor Lawrence for not only his remarkable athletic record but also his character off the field and extend best wishes for his continued athletic and academic successes at Clemson University."

Lawrence presented the Governor and the Lt. Governor with signed footballs during the ceremony.

Getting to recognize Cartersville native and Clemson Quarterback Trevor Lawrence today at the State Capitol was awesome. Trevor thank you for all you do on and off the field setting a great example! pic.twitter.com/bxKYeePP25