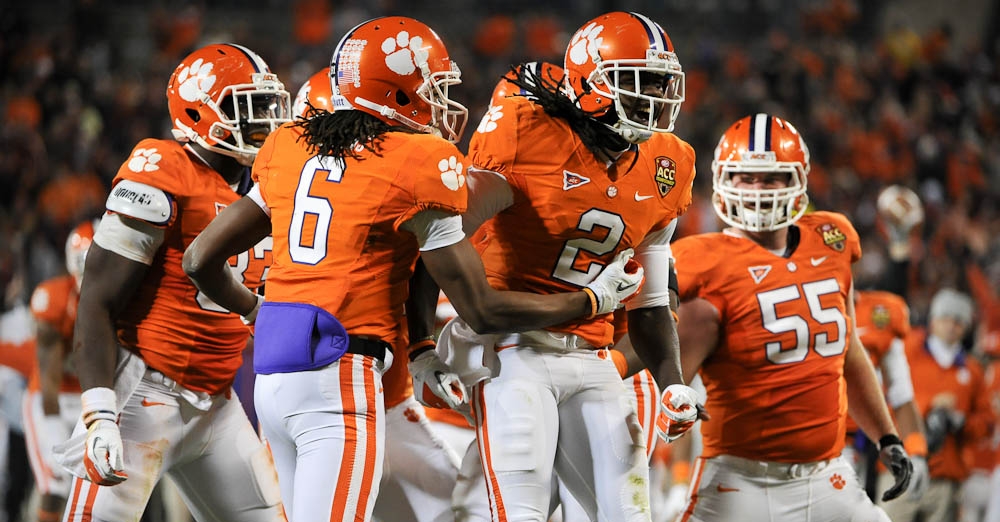 Watkins was a force in Chad Morris' Clemson offense.

Sammy Watkins was special from his first look in front of Clemson fans in Death Valley.

Dabo Swinney and more coaches and teammates would say the same from his first couple practices as a Tiger.

Watkins went on to line the record books and go on to a Super Bowl ring at the next level, and his accomplishments landed the south Florida native in ESPN's top-50 receivers of the last 50 years ($).

"One of the most highly touted and important signings of the early Dabo Swinney era, Watkins lived up to his billing, recording 1,219 yards as a freshman and 1,464 as a junior to help boost the profile of a rising Clemson program," ESPN's Bill Connelly said.

Watkins set a school single-season record with the yard total in 2013 and led the ACC that year with 12 receiving touchdowns. He joined DeAndre Hopkins atop the Clemson record books with 27 career receiving TDs after that campaign, which would be matched by Tee Higgins later.

Watkins tied for the highest NFL draft selection in Clemson history at the time at No. 4 overall to the Buffalo Bills in 2014.