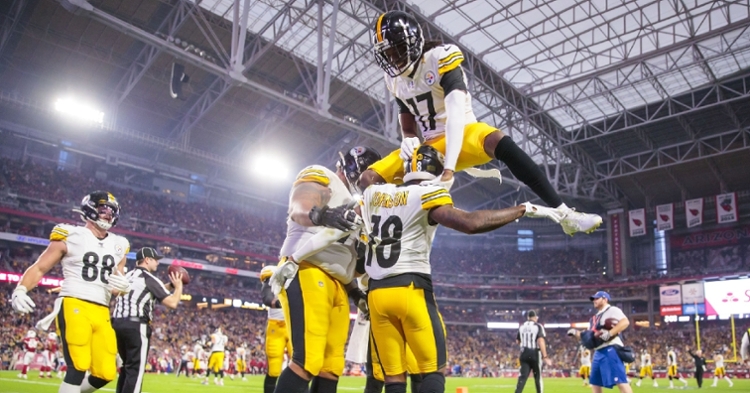 Cain is back in the Keystone State (USA TODAY/Mark Rebilas).

Former Clemson receiver Deon Cain has found his way back onto an NFL roster.

Cain was announced as signing with the practice squad for the Philadelphia Eagles on Monday.

Cain was last on a roster with the Baltimore Ravens earlier this year before getting waived after going on the injured reserve (head).

He was promoted to the active roster at points in his time with the Pittsburgh Steelers last season with 10 snaps over two games.

He played in six games with the Steelers in 2019 with five catches for 72 yards and also logged four receptions for 52 yards that same season with the Indianapolis Colts.

The former 5-star prospect was selected in the sixth round of the 2018 NFL draft by the Colts and suffered a torn ACL in his first training camp.

The team has also activated G Sua Opeta from the Reserve/COVID-19 list. pic.twitter.com/ca5FQMHkfz