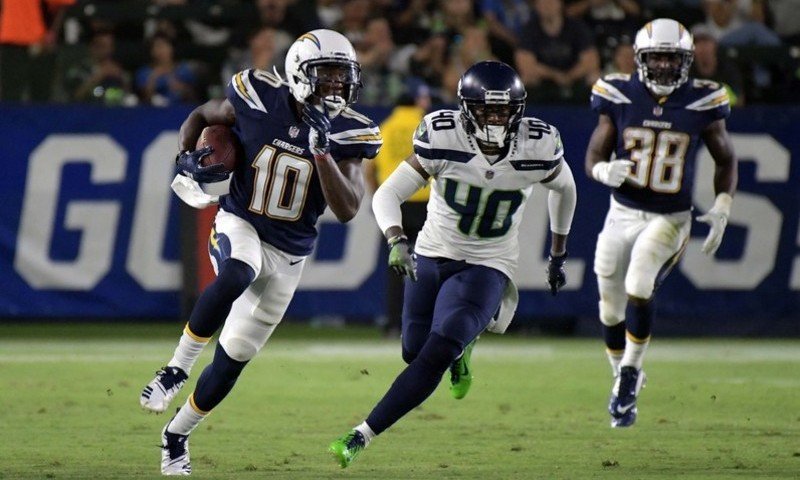 Scott has had a few NFL chances so far. (USA TODAY Sports-Kirby Lee)

Scott (5’11-195lbs) joins the Roughriders after signing with the Los Angeles Chargers as an undrafted free agent following the 2017 NFL Draft. Scott spent the better part of three seasons with the Chargers, primarily on the practice roster before moving on to the Indianapolis Colts in 2020. Most recently, Scott was on the Houston Texans’ practice roster.

Scott was a standout receiver for the Clemson Tigers, earning All-ACC receiver honors in all three of his collegiate seasons. He finished his career with the most receptions in program history (245) for 2,458 yards (10.0 avg.) and 19 touchdowns (fifth in Clemson history) over 43 games.

Scott is a third former Clemson wide receiver announced to join a CFL team this month, along with Charone Peake (also with the Roughriders) and Martavis Bryant (Toronto).