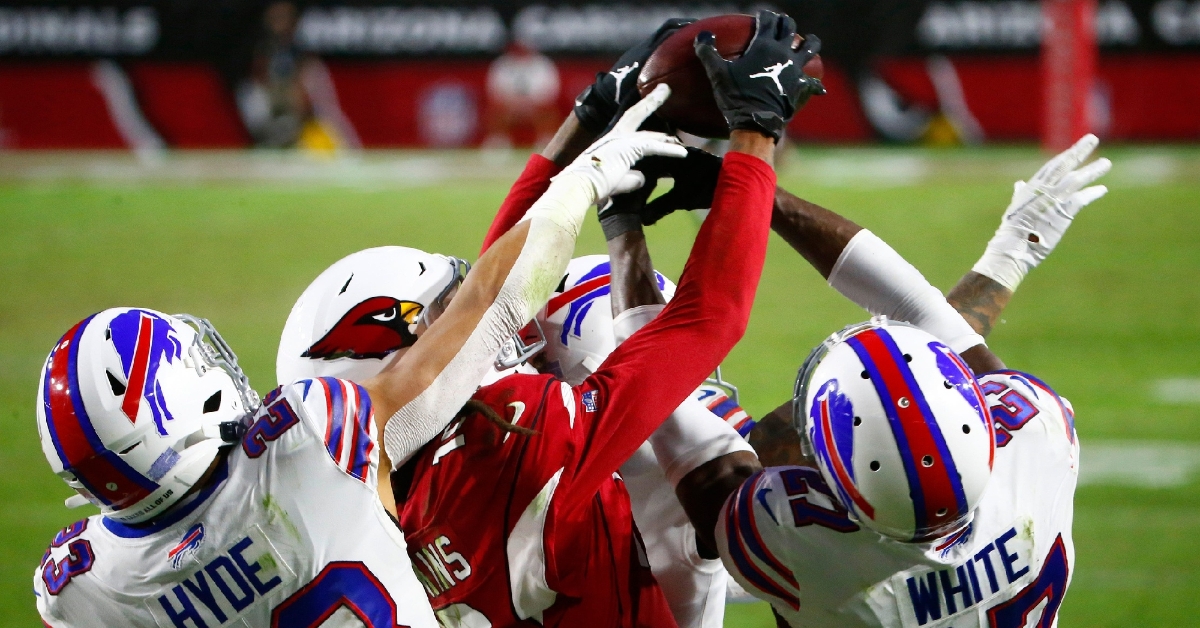 Hopkins made one of the catches of the 2020 season. (USA TODAY/Patrick Breen)

Former Clemson receiver DeAndre Hopkins has been a consistent force at the NFL level and Pro Football Focus sees him as one of the best again in 2021.

PFF projects him to be No. 2 only to Green Bay's Davante Adams this season, which is up a spot from his 2020 preseason rank.

"Nuk has ranked sixth or higher in receiving grade among wide receivers in five of the past six seasons, earning 88.0-plus marks each time," Anthony Treash writes. "In his first season as a Cardinal, Hopkins was once again one of the 10 most productive wide receivers in the league, averaging 2.25 yards per route run...

"We also saw the same elite ball skills from Hopkins that have become commonplace. His 0.9% drop rate tied for the lowest mark among those with at least 100 targets in 2021, while his 13 contested catches tied for ninth. He hauled in 14 catches within a yard of the sideline, tying for the most in the NFL and extending his lead in that metric since entering the league to 26 (71 in total)."

The Clemson-area native finished seventh in PFF WR grades last season in that debut campaign with the Cardinals, where Adams led the way.

He was picked 27th overall in the first round by the Houston Texans in 2013 after leading the ACC in receiving yards (1,405) and touchdowns (18) the previous season.