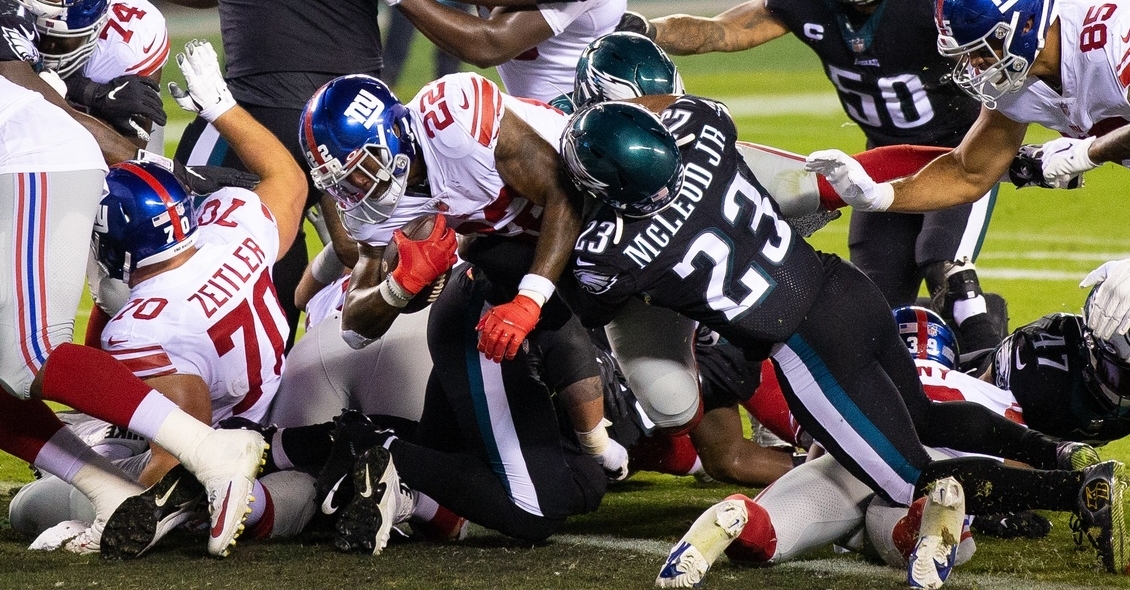 Gallman played with the Giants out of Clemson originally. (USA TODAY Sports/Bill Streicher)

Former Clemson running back Wayne Gallman was among the final cuts for the San Francisco 49ers 53-man roster late Tuesday.

Gallman signed with the 49ers in April. He rushed for 153 yards on 34 carries over three preseason games.

Gallman was originally drafted by the New York Giants in the fourth round (140th overall) of the 2017 NFL Draft. Over four seasons, he has appeared in 53 games (14 starts) and registered 338 carries for 1,444 yards and nine touchdowns as well as 80 receptions for 498 yards and two touchdowns. In 2020, Gallman played in 15 games (10 starts) and led the team in rushing attempts (147), rushing yards (682) and rushing touchdowns (six), all single-season career highs.

Gallman appeared in 42 games (37 starts) as a Tiger and finished his career with 676 carries for 3,429 yards and 34 touchdowns along with 65 receptions for 473 yards and two touchdowns through the air.