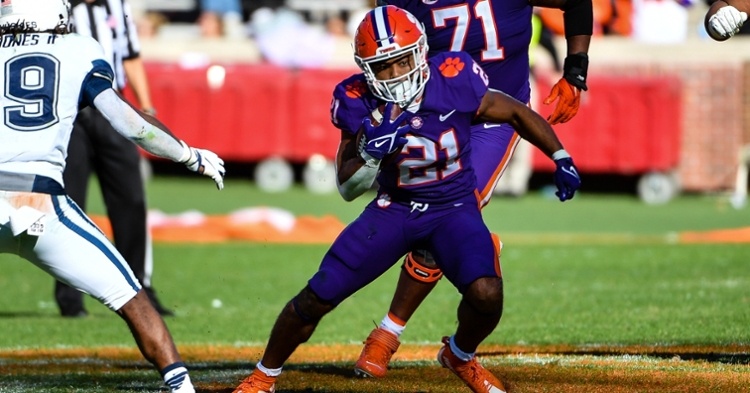 Darien Rencher gets a chance to work out for a local NFL team this weekend.

The original walk-on out of Anderson, South Carolina tallied 93 carries for 437 yards and three touchdowns over 220 career snaps in 48 games.

In his time as a Tiger, Rencher won the Disney Spirit Award, presented annually to college football's most inspirational player, coach, team or figure, in 2020.

He was named to the AFCA Good Works Team and was a semifinalist for the Jason Witten Collegiate Man of the Year in 2021.

The Panthers will hold their rookie minicamp from May 13-15.

The entire Clemson Football family would like to congratulate @D_Rench_ on being awarded the 2020 Disney Spirit Award—given to college football's most inspirational figure.

This young man is everything RIGHT in the world. Keep inspiring Darien Rencher! @clemsonFB @D_Rench_ pic.twitter.com/8giThYPDgg