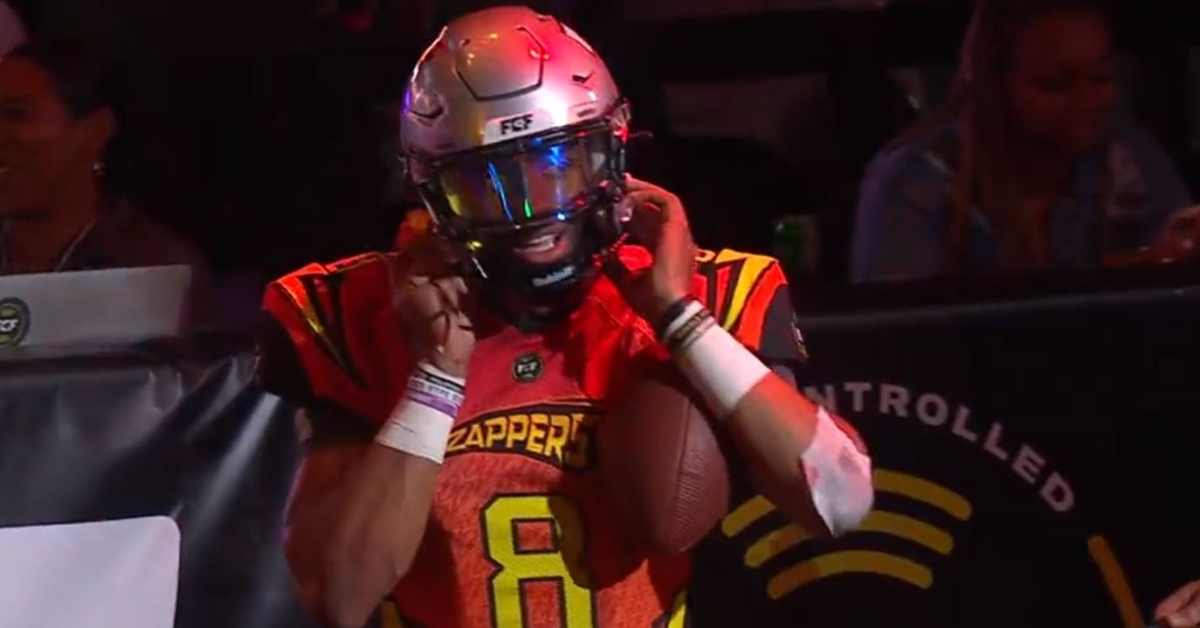 Bryant has been impressive in the Fan Controlled League

What a way to finish the season after starting 0-4.

Bryant was impressive, completing 11-for-13 passes for 114 yards with a touchdown and an interception.

He also had 58 yards and three rushing touchdowns on the ground.

Check out some of Bryant's highlights below:

Do you think the Zappers care they started this season 0-4?

Up 14 late in the second half, @FCFZappers looking to bring home the Championship trophy.

TALK YOUR TALK KELLY BRYANT ??@FCFZappers QB1 struts into the endzone, putting his team up 14 to start the second half.

ARE YOU NOT ENTERTAINED?!?
The People's Championship is absolutely DELIVERING.@FCFZappers find the endzone to take the 22-16 lead at halftime. pic.twitter.com/Kr5NGkmsZm

.@FCFZappers answer RIGHT back. Kelly Bryant continues to make plays with his legs.

Congrats to NephewQB @KellyB125 on leading his team to a victory in the @fcfl Championship Game over the BOREO APE Football Club. He was also named MVP of tha game. So proud of this young man keep grinding young man. @eptfootballacademysc support system ???? ???????????? pic.twitter.com/VZWJIGx0Nd

.@KellyB125 is the Gatorade Finals MVP.

The big stage is nothing new for @FCFZappers QB1 Kelly Bryant.

Take a peek at @KellyB125 mic'd up ahead of this Championship matchup.@fuboSports pic.twitter.com/qA01wxY6AY