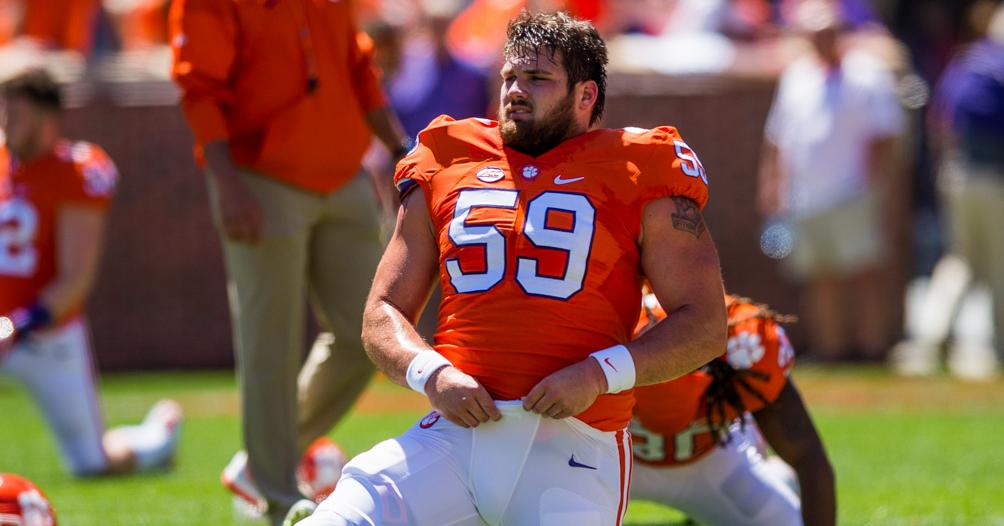 A former Tiger will continue his football career.

Former Clemson offensive lineman Gage Cervenka has agreed to terms to a contract on Sunday with the Chicago Bears, according to NFL insider Aaron Wilson.

Apparently, the Bears liked what they saw or read about, and he is now headed to the Windy City.

For his Clemson career, he played 1,479 snaps over 46 career games, including 23 starts. In his two seasons as a starter, the Tigers had an impressive 29-1 record in two seasons.

He set the school record for an offensive lineman with 44 reps of 225 pounds at the bench press.

Great to have a number of @NFL teams back in Clemson to evaluate @Jackthejiant & @GageCervenka #ALLIN ???? pic.twitter.com/h8pg8agR92