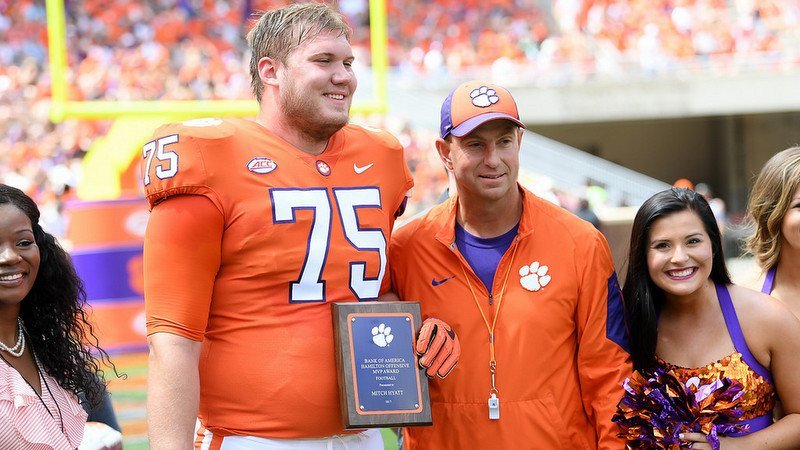 Hyatt was a four-year starter for the Tigers.

Former Clemson and current Dallas Cowboys offensive tackle Mitch Hyatt was carted off the practice field on Thursday morning, according to the Dallas Morning News and multiple more reports.

Per the Dallas Morning News story, it was an apparent right knee injury that occurred before practice started with individual drills. From the report:

"With Hyatt on the ground, an athletic trainer appeared to conduct a Lachman test, a diagnostic exercise used to determine whether or not an ACL is intact. The result of that test is not known, and an MRI is expected to provide further clarity on the injury’s nature."

Hyatt was a four-year starter and two-time All-American at Clemson, who played 3,754 snaps over 58 games (57 starts) in his career. He exited his time as a Tiger holding school records for career snaps from scrimmage and career starts and is one of five consensus All-America offensive linemen in school history.

He signed as an undrafted free agent and was on the Cowboys practice squad before making the active roster last December.