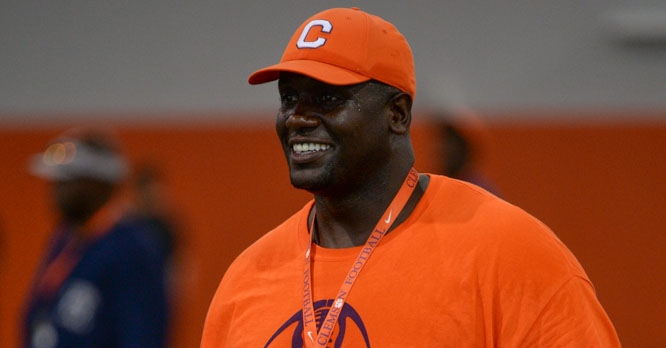 Eason worked Clemson camps in the past.

"Nick is a hire we are extremely excited about as he has coached and played at the highest level," Auburn coach Bryan Harsin said in a news release. "After a 10-year NFL career, he moved right into coaching and quickly became an NFL position coach within two years. That's something that doesn't happen every day and speaks volumes for his coaching and connection ability. As we got to know Nick better through this process, the football part of it became very apparent as he is a great teacher. But what stands out about Nick, in addition, is his personality, professionalism and an ability to form a relationship with people very quickly."

Eason has coached in the NFL primarily since his pro career wrapped up in 2012.

Eason played in the NFL from 2003-2012 with stops in Denver, Cleveland, Pittsburgh and Arizona.

In 2008, he earned his master's degree in human resources. Eason played in 47 games with 35 starts for Clemson's Tigers and recorded 15 sacks and 30 tackles for losses. A two-time team captain his junior and senior seasons, he earned first-team All-ACC honors as a senior defensive tackle.