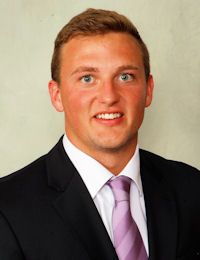 Colton Walls
Linebacker
#48 6-2, 220
Charlotte, NC
View Full Profile will continue his football career with the Rebels. Walls was ranked as 44th best ILB in nation by ESPN.com when he signed with the Tigers in 2011, but left the program after his freshman year.

Colton Walls, a sophomore linebacker who started his career at Clemson, is among the non-scholarship players to join the Ole Miss football team this spring.

Rebel fans will be quite familiar with his last name. Colton's father, Wesley Walls, was an All-America tight end/linebacker for the Rebels in 1988 and went on to a successful 14-year NFL career that included five Pro Bowl appearances. Just last week, Wesley was one of 77 players named to the ballot for the College Football Hall of Fame.