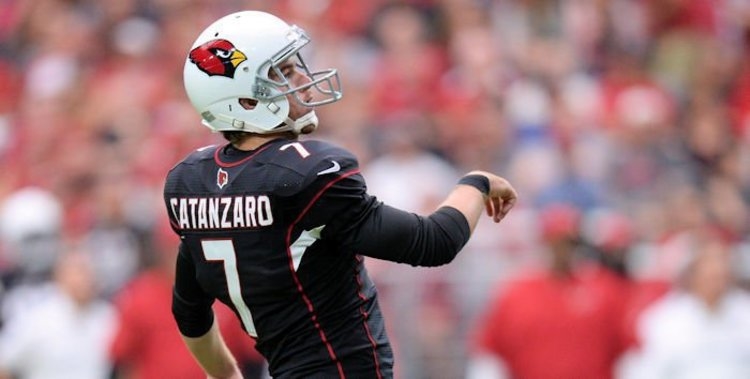 The signing is in place of injured starter Graham Gano, who first appeared on the Panthers injury report last Friday and was declared out for Sunday's game with Cleveland on Friday afternoon.

Tampa Bay released Catanzaro after he missed two kicks in a Week 10 loss against Washington. Catanzaro was the hero for the Bucs a few weeks earlier, hitting a 59-yard field goal to beat the Browns in overtime – the longest overtime field goal in NFL history.

Prior to being released, Catanzaro converted 11-of-15 field goals and 23-of-27 extra points.

The Clemson product spent the first four years of his career with the Cardinals before kicking for the Jets in 2017. He signed a three-year deal with Tampa Bay this past offseason. He has a career field goal percentage of 83.2, hitting 114-of-137 career attempts.

Catanzaro is a second Clemson product to be added to the Panthers roster this week, joining offensive guard Taylor Hearn.