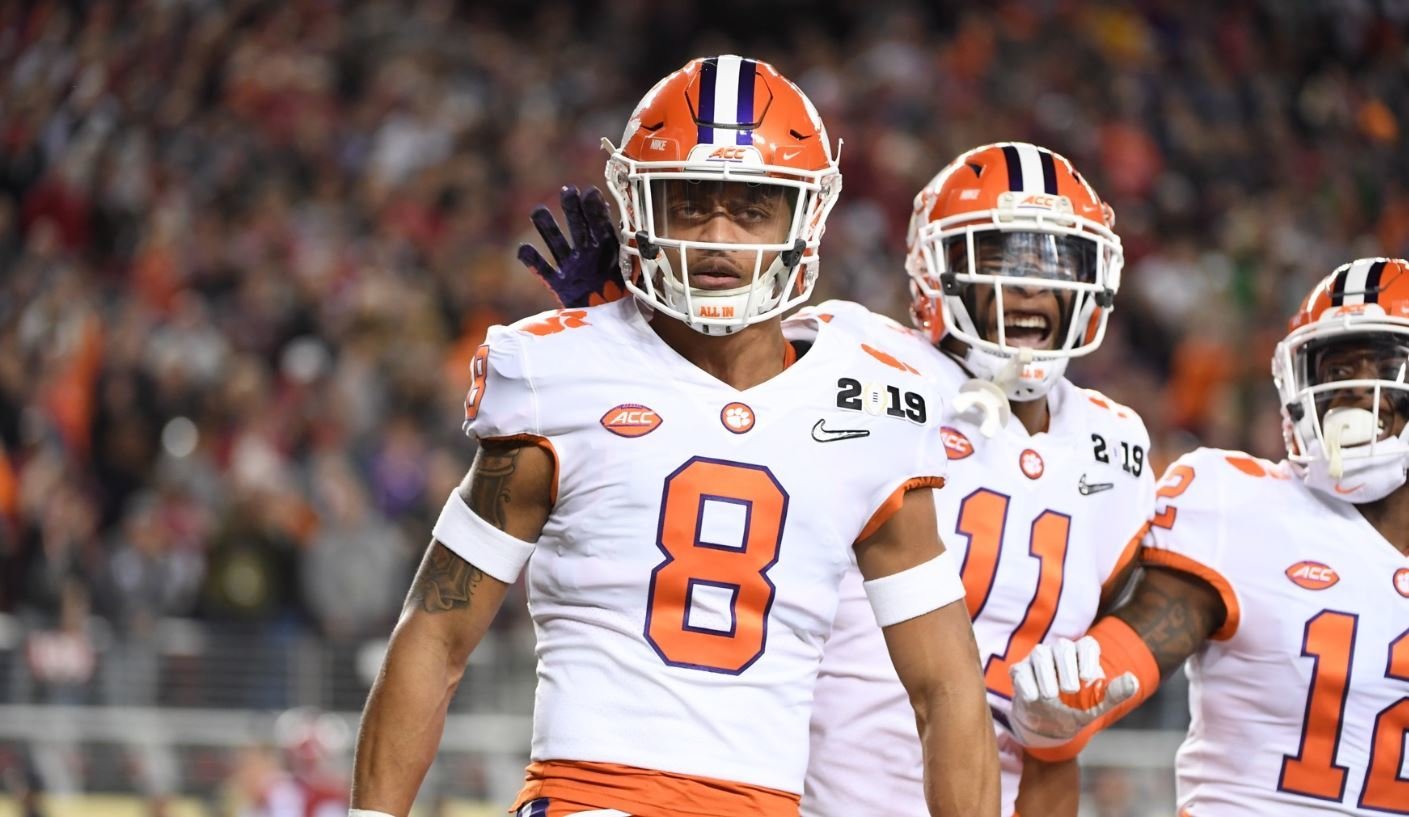 A.J. Terrell could have worked himself into a first-round selection now.

A.J. Terrell and K’Von Wallace were listed as winners from Sunday’s NFL combine drills -- and night one at the NFL draft could be a busy one for former Tigers now.

NFL Network analyst and former all-pro corner DeAngelo Hall said Terrell surprised him a bit but the tape doesn’t lie on him.

“AJ Terrell, when you think about the end of his college football career and that national championship game -- didn't play that great in that game,” Hall said, “but you watch all the other big-time games he's played in and his college film and then you watch him move. Ran a lot faster than I thought he would run and you just know this kid’s pedigree, man. Coming from Clemson, you know the different defenses they played out in that Clemson (defense). The competition level he's played against.

“I think this kid made himself a lot of money...I use the combine not necessarily as my only measuring stick, but just one of them. This kid's college film is amazing.”

Terrell and Wallace competed with the defensive back group Sunday and each showed their talent in the variety of drills.

NFL.com Terrell analysis: “His combine performance should also help alleviate concerns about his game. He ran a 4.42 40 at 6-1, 195 pounds (1.49 10-yard split), which was impressive. Terrell exhibited soft hands throughout the on-field workouts, including a couple of high-pointed balls on deep throws. He let his center of gravity get too high in some transition drills, and lost his balance once. The former Tiger rebounded after that, however, to finish strong.”

On Wallace: “There is always strong competition among safeties looking for coveted Day 2 (Rounds 2-3) draft slots. Wallace's tape is good enough to earn him a draft slot in that range, and I believe he cemented a Day 2 spot with his work in Indy. His 4.53 40 at 206 pounds was solid and he also jumped well (38-inch vertical, 11-1 broad jump). He was the most polished safety in defensive back drills, in terms of transitioning from backpedal to forward motion. Wallace didn't catch every pass thrown his way but snatched enough for me to say he had a positive day.”

Bleacher Report’s post-combine mock draft has Isaiah Simmons going fourth overall to the New York Giants, Terrell 20th to the Jaguars and Tee Higgins 24th to the Saints and top-three selections for John Simpson (No. 62 to Packers) and Wallace (No. 90 to Browns) as well.

We love the headband! ??