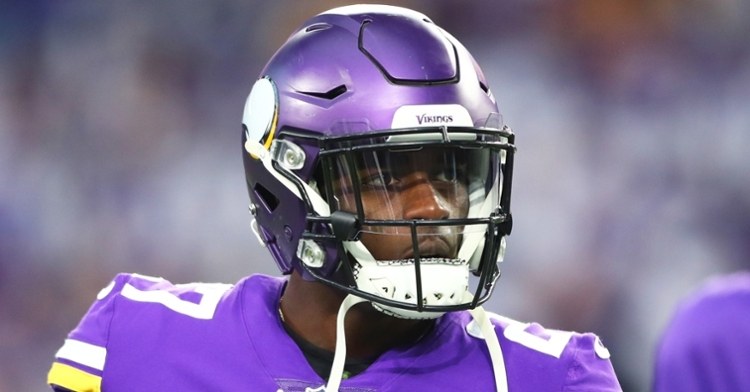 Minnesota Vikings safety Jayron Kearse was arrested this morning on suspicion of fourth-degree DWI and carrying a firearm without a permit.

Kearse was booked by Hennepin County Sherriff's office at 5:27 a.m. and is being held in jail without bail on the gun charge.

According to the Minnesota State Patrol via the Star Tribune, Kearse drove around a construction barricade onto a closed section of eastbound Interstate 94 at Cedar Avenue, prompting a state trooper to pull him over shortly before 4 a.m.

The trooper "observed signs of alcohol impairment," and his blood alcohol content was at 0.10%, above the legal limit, in addition to a loaded gun in his Mercedes according to the report.

Two other individuals were with Kearse at the time of his arrest, according to the report.

The Vikings released the following statement after hearing about Kearse's arrest:

"We are aware of Jayron's arrest and are gathering additional information at this time."

The Vikings' next game will be Nov. 3 against the Kansas City Chiefs.