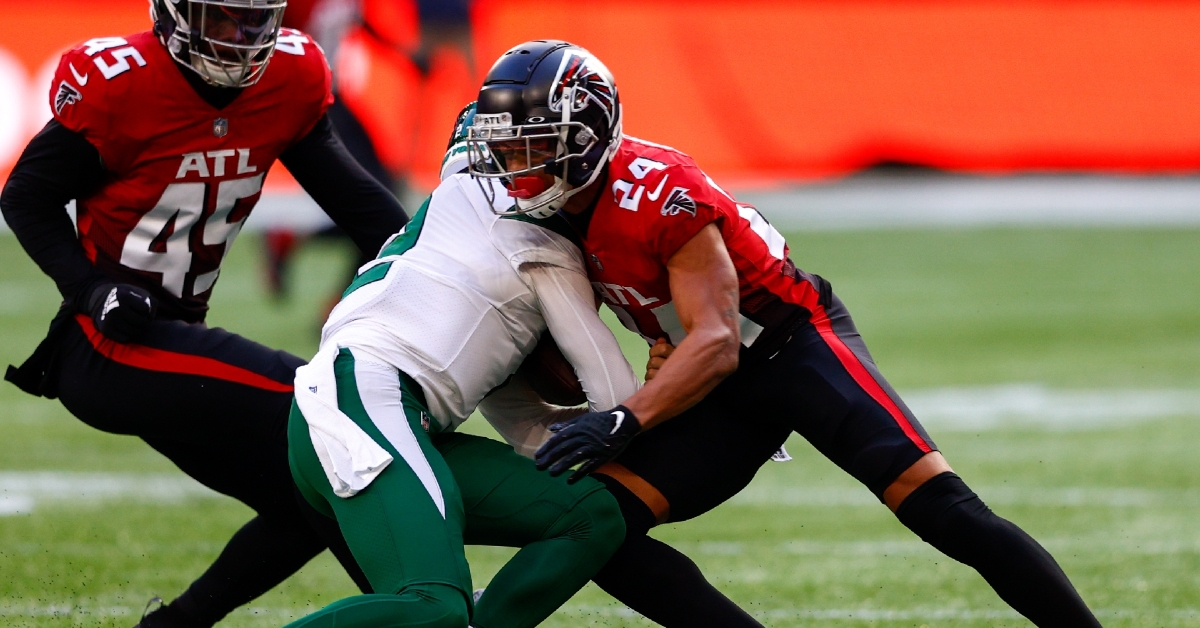 Terrell had quite the season. (Photo: Nathan Ray Seebeck / USATODAY)

Former Clemson cornerback AJ Terrell was selected as a second-team All-Pro by the Associated Press after a standout sophomore campaign with the Atlanta Falcons.

"He allowed 29 catches for 200 yards all season, on 66 targets. Those numbers are the lowest in the league, accomplished over 1,023 defensive snaps. He gave up three touchdowns and had three picks. He also had a league low 47.5 passer rating against him, with receivers averaging an astonishing 6.9 yards per reception."

Terrell was selected 16th overall in the 2020 NFL draft by the Falcons.

Former Clemson and current Miami Dolphins defensive lineman Christian Wilkins was also selected as an All-Pro by PFF on the second team.

"Wilkins has been an excellent player for Miami in all facets, playing over 700 snaps this season," PFF's Sam Monson wrote.