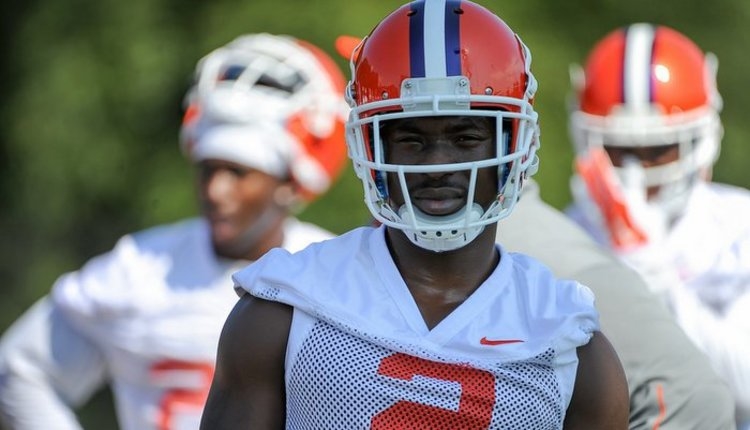 Clemson, S.C.— Jayron Kearse, Mackensie Alexander, Shaq Lawson, Kevin Dodd and T.J. Green, starters from Clemson’s 2015 defense that helped the Tigers to a No. 2 final national ranking, have announced they will turn professional. Returning starters Wayne Gallman (RB), Carlos Watkins (DT) Jordan Leggett (TE) and Cordrea Tankersley (CB), have announced they will return to the Clemson program for the 2016 season.

All nine players were significant reasons Clemson finished with a 14-1 record, a school record for wins, an ACC Championship and a No. 2 final national rankings, the second best final ranking in school history.

Lawson led the nation in total tackles for loss in 2015 with 25.5, including 12.5 sacks. He finished the year with 86 total tackles and 15 quarterback pressures. He was a consensus All-American who was a finalist for the Nagurski Award, the Lombardi Award and the Hendricks Award.

Secondary starters Kearse, Alexander and Green all were major reasons Clemson ranked second in the nation in completion percentage defense with a .484 figure. The Tigers were also 11th in pass efficiency defense and 10th in total defense. Kearse was a second-team All-American by the Associated Press and Alexander was a third-team selection. Alexander did not give up a touchdown pass to the man he was assigned to guard all year. Green was Clemson’s top tackler in the National Championship game with 12 against Alabama and finished the year with 128 tackles, third on the team.

Travis Blanks, a junior in eligibility who graduated from Clemson in December, had announced earlier that this would be his final year and that he would pursue a professional career. Clemson also must replace starting linebacker B.J. Goodson. The graduate led Clemson in tackles this past season with 156.

The returning starters on defense include first-team All-ACC tackle Carlos Watkins, first-team All-ACC linebacker Ben Boulware, and second-team All-ACC cornerback Cordrea Tankersley. Tankersely led the Clemson team in interceptions last year with five. Watkins had 67 total tackles and had eight tackles for loss, while Boulware was second on the team in tackles with 135.

With the return of Gallman and Leggett, Clemson will return nine starters on offense (including kicker Greg Huegel). That does not include Mike Williams, a starting wide receiver in 2014, who missed all but one game in 2015 due to a neck injury suffered while catching a touchdown pass in the season opener.

Gallman finished the 2015 season with a school record 1,527 rushing yards and 13 touchdowns. He added 213 yards receiving on 21 catches, giving him 1,740 yards from scrimmage. Leggett had eight touchdown receptions to tie a Clemson single season record for a tight end.

Watson was a big reason Clemson finished 11th in the nation in total offense with an average of 514 yards per game. Clemson gained at least 500 yards in each of its last 11 games, a school record. That included 550 yards against Alabama’s No. 2 ranked total defense, 107 more yards than any other team gained against the Crimson Tide in 2015.

Watson was a big reason Clemson finished 11th in the nation in total offense with an average of 514 yards per game. Clemson gained at least 500 yards in each of its last 11 games, a school record. That included 550 yards against Alabama’s No. 2 ranked total defense, 107 more yards than any other team gained against the Crimson Tide in 2015.