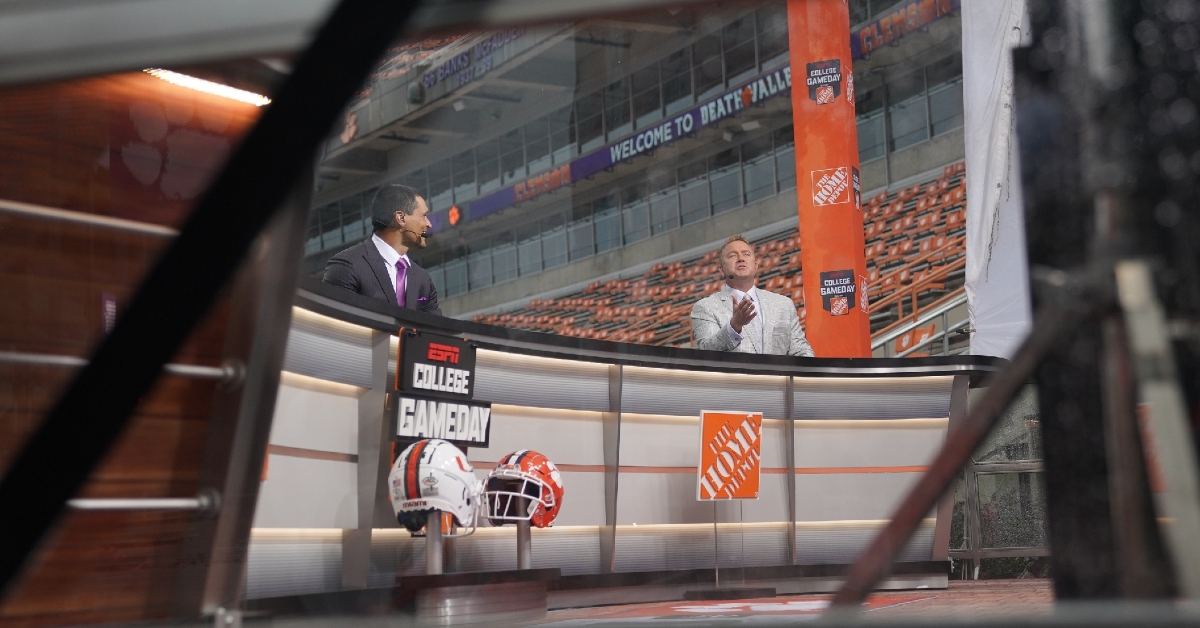 GREENSBORO, N.C. (theACC.com) – ESPN announced Tuesday that College GameDay Built by The Home Depot will broadcast live from Charlotte, North Carolina, on Sept. 4 for the Week 1 game between Clemson and Georgia in the Duke’s Mayo Classic at Bank of America Stadium.

The show will originate from Bearden Park in uptown Charlotte, just a few minutes from Bank of America Stadium, where the Tigers play the Bulldogs at 7:30 p.m., in a highly-anticipated matchup on ABC Saturday Night Football presented by Capital One.

GameDay has originated from Charlotte twice previously, both for ACC Championship Games: prior to the 2017 (Clemson vs. Miami) and 2020 (Clemson vs. Notre Dame) contests. The broadcast will be Clemson's 28th overall appearance on College GameDay. It also marks the 21st time since the start of the 2015 season Clemson has played at the site of College GameDay, the most appearances for any team.

GameDay broadcast from an ACC location six times during the 2020 season.

“We all missed the traditions of college football and the festive atmosphere of Saturdays last season, so we are particularly excited to welcome fans back for College GameDay’s 35th season, starting with the first two road shows in Atlanta and Charlotte,” said Drew Gallagher, ESPN coordinating producer.

The Clemson vs Georgia game in Charlotte will be the site of ESPN College Gameday. It will be the 21st time since 2015 a Clemson game has been the Gameday site, more than any school in the nation.

You already know this is gonna be good ??