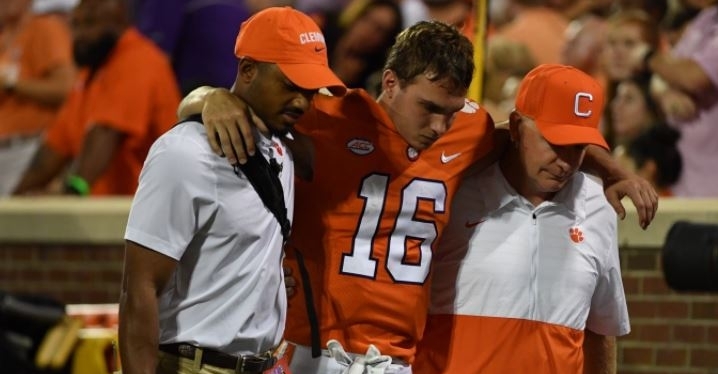 Taylor saw time at punt returner, quarterback as a runner and wide receiver over five games.

Taylor suffered a torn ACL while making a cut running early in the game.

"Just been a crazy year from that standpoint," Swinney said. "Like most ACLs, non-contact - just stick your foot in the ground and (injured) -- seen it a million times...Hopefully Will will be able to get back and some of the baseball season in this spring...No doubt he will come back better than ever."

Taylor made his biggest impact on punt returns in five games with a 10.7 yards per punt return average and a long of 51 yards.

Taylor played in 15 non-special teams snaps, taking five carries for 23 yards and logging two catches for six. He also had a touchdown called back for a holding call.

Taylor was regarded as a first-round MLB draft prospect and picked playing two sports at Clemson over going the pro route.

Taylor played quarterback at Dutch Fork (SC) but the plan was for him to move to wide receiver at some point as Clemson Tiger in the slot.