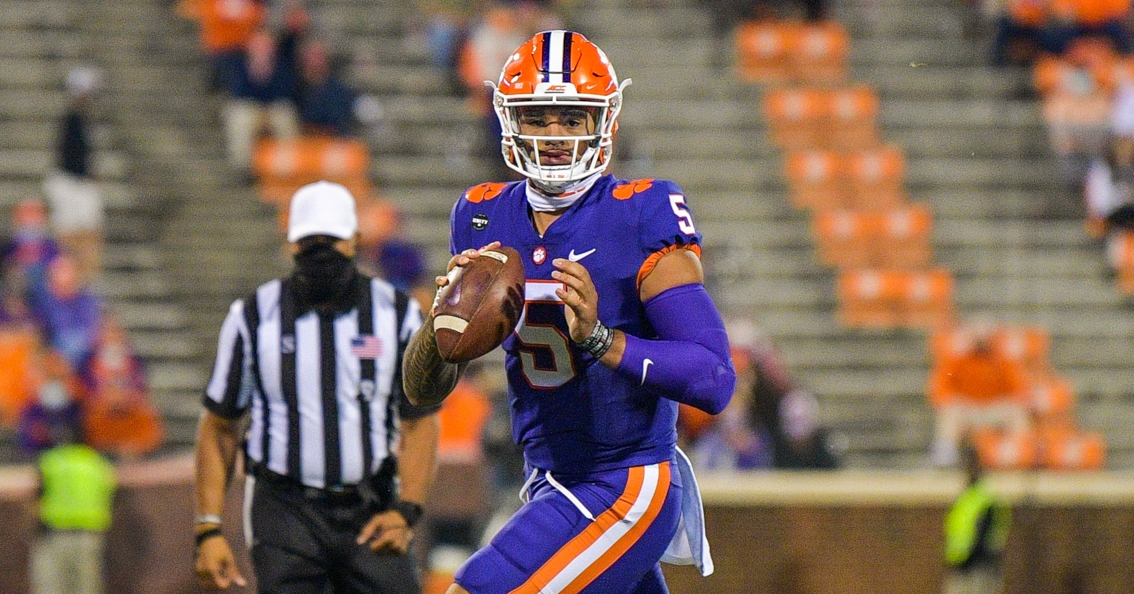 Uiagalelei will get to earn some respect as a leader of one of the higher-potential offenses in the country.

CBS Sports ranked the next QB crop by tiers this week and Clemson's paces a group of players ready to break out.

"Here's your 'potential' tier, led by Uiagalelei and (Alabama's Bryce) Young," CBS' Ben Kercheval wrote. "They have a combined two starts yet possess the second-and-third-best Heisman odds at +700 and +900, respectively, at William Hill Sportsbook. Uiagalelei's hype is more rooted in 800 total yards of offense and six touchdowns against Boston College and Notre Dame. If those appearances are any indication, Uiagalelei will be regarded as one of the best quarterbacks in college heading into his draft-eligible junior season. Young is less proven but still qualifies."

Clemson isn't scheduled to play any other QBs in the top-2 tiers of the ranking, but it could face the No. 1-ranked Sam Howell of UNC in the ACC Championship game (179.1 rating/10.3 YPA). Also in the Coastal, Miami's D'Eriq King leads the second tier (152.8 rating/9.4 YPA).

"With an effortless release, (Oklahoma's Spencer Rattler) has a Mahomes-like ability to make plays that simply aren't there. Howell, though, is coming off the best back-to-back seasons of any quarterback in major college football. If I'm sticking to my guns, Howell is No. 1, but they're both the real deal," Kercheval said.