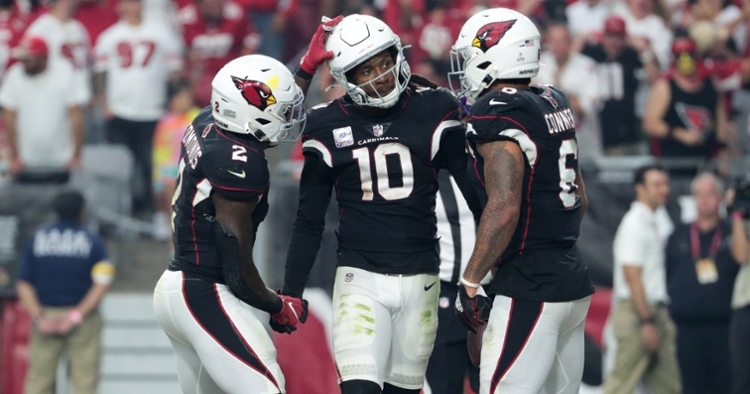 Arizona Cardinals standout receiver Nuk Hopkins had an impressive game in Sunday's 17-10 win over the 49ers.

'Nuk' had six receptions for 87 yards, including a clutch 9-yard touchdown (4th of the season) in the corner of the endzone against cornerback Josh Norman.

According to NFL Next Gen Stats, the touchdown catch had only a 28.8 percent completion probability, the second-lowest percentage of any pass to Hopkins this season.

Hopkins now has the most receptions by the age of 30 by any receiver in NFL history (769), surpassing Larry Fitzgerald's previous record of 764 catches.

"I gotta thank all 20 of my quarterbacks," Hopkins said in the postgame press conference.

Hopkins thought it was good coverage by the defensive back on his touchdown catch that sealed the victory.

Check out his impressive touchdown below: