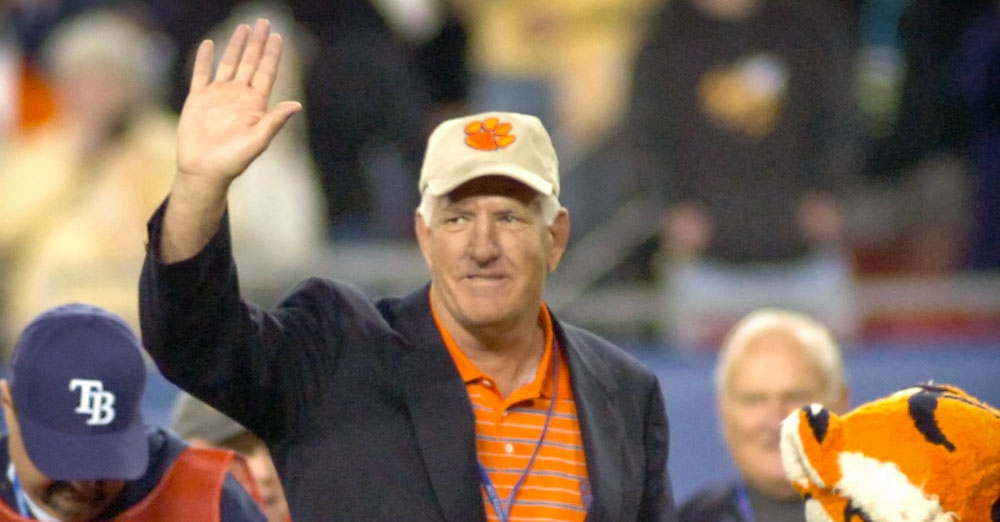 Former Clemson football coach Danny Ford is concerned about the future of college football during the COVID-19 pandemic.

FOX Carolina did an exclusive interview with him this week and Ford says administrators are taking a "great gamble" in planning to play this fall.

"No. 1, we hope nobody passes away or there's a death," Ford told FOX Carolina. "There's going to be deaths in football every year -- heart problems, heat exhaustion -- every year from high school, middle school to college. You always have people that die playing sports and it's unfortunate it happens. But we know that there's a virus out there and we need a vaccine. We're taking a great gamble on the future of football to make sure nobody gets hurt."

The Hall of Fame and national championship coach says someone being seriously affected by COVID this fall "could end football."

Ford isn't undervaluing the longterm health effects for the athletes.

"I have not heard anyone talk about side effects, even if you had it at a young age as a young teenager," Ford said. "How is going to affect you when you're 60 years old? Or 40 - the colleges aren't going to be there for you then, you see. That's what I worry about...Hopefully nobody seriously gets hurt or passes away. Hopefully there are no future problems with people's health."

He is also skeptical that teams like Clemson will play a full schedule.

"If I had the authority, I'd buy time," Ford said, who advocated for picking back up in fall 2021. "It wouldn't be important enough for me to lose somebody's life to play football. I'd buy a little time. I don't see a thing in the world wrong (with waiting). The only thing waiting can do is hurt you financially...We all need to be humbled in this situation."

Former #Clemson HC Danny Ford sees a lot of challenges with college football starting in the coming weeks. I asked him if he had to make the call, what would he do? "I'd buy time. It wouldn't be important enough for me to lose somebody's life to play football". @foxcarolinanews pic.twitter.com/yorQ8tpqMH

Caught up with former #Clemson HC Danny Ford today. He voiced concerns on the 2020 CFB season being played. Adding "I think they're going to have a hard time playing 10 games, 11 games, 7 games. I think they'll be lucky to play a half of a season." @foxcarolinanews pic.twitter.com/NkSyX7UZIb

Former #Clemson HC Danny Ford on the rivalry game with the #Gamecocks getting canceled: "...All I know is if it was Alabama-Auburn, and they don't have to face that situation, but they'd find a way to play." More tonight at 10 & 11pm on @foxcarolinanews pic.twitter.com/wOarawl9QB