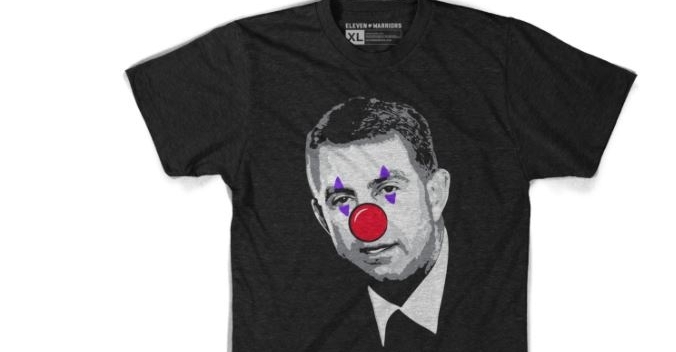 The t-shirt description from the Ohio State site says, 'Born a clown. Still a clown.'

Dabo Swinney owns a fabulous house on the outskirts of Clemson, but someone should have told him when he had it built a few years ago that he didn't need to pony up the cash... he is living rent-free in the hearts and minds of Ohio State media and fans.

Ohio State managed to use an extremely shortened regular season and some of Swinney's comments to finally beat the Tigers in last year's Sugar Bowl, the first win EVER for the Buckeyes in the series.

One would think that they would take solace in that victory, but one would be wrong.

Swinney appears to be public enemy No. 1 in the state of Ohio as a new $28 t-shirt from elevenwarriors.com calls him Tiger Clown.