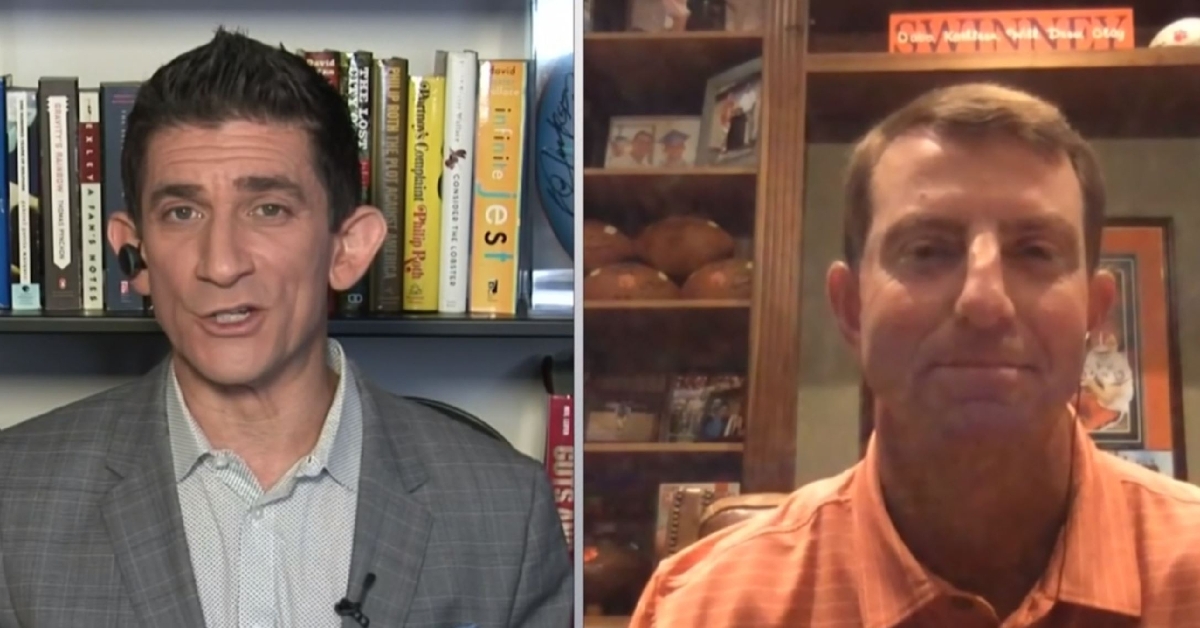 Swinney doesn't know why his earlier coronavirus comments were criticized.

Clemson coach Dabo Swinney hopes like many fans across the country to return to normal "sooner than later."

Swinney picked up criticism last month for his personal projection that the college football season will start on-time.

“I got smashed and trashed and bashed for being hopeful and optimistic," Swinney said. "I don’t know why. Nothing has changed my optimism. I truly believe that we’ve made so much progress in a six-week period here. I think six weeks from now we’ll be even in a much better place. I’m still optimistic."

The Tigers coach says he just wants to get back to his passion on the gridiron.

"I don’t have any inside scoop except I just believe in my faith and in my heart that we’re going to get back to our lives and doing what we love to do," he said. "And for us, it’s playing ball. Still optimistic and still hopeful and nothing has changed that."