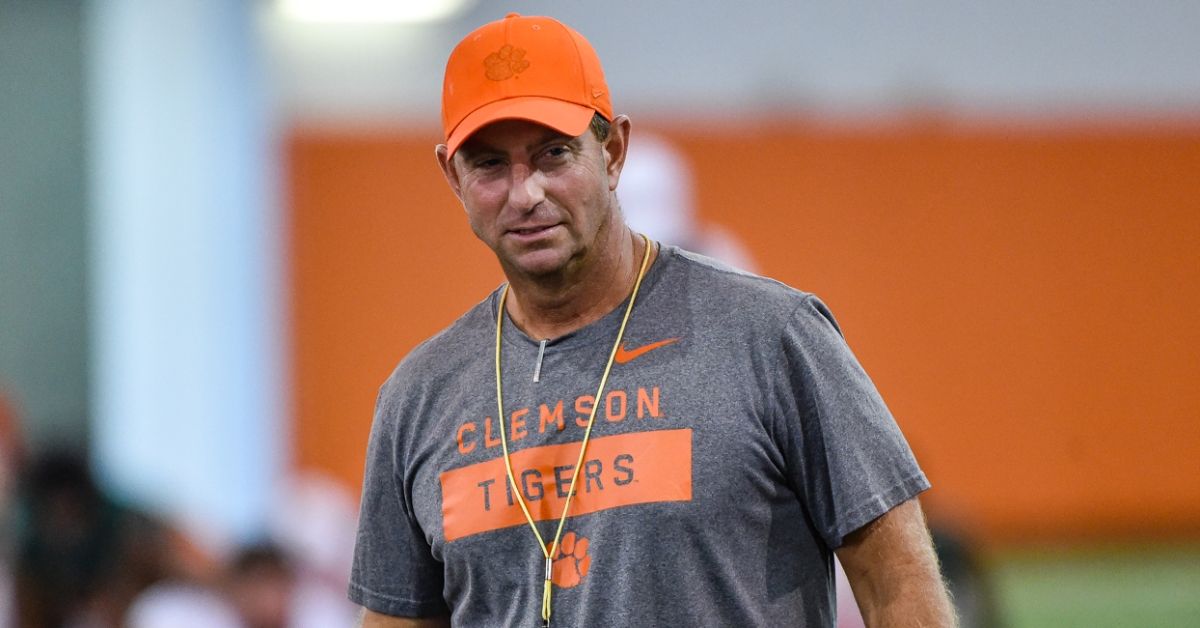 Swinney has been an elite head coach at Clemson

Clemson head coach Dabo Swinney was linked as a potential hire for the LSU coaching vacancy after the season according to an article ($) on Monday by The Athletic's Bruce Feldman.

Ed Orgeron will step down at the end of the season, and they will look for a big-name hire.

"That's totally (LSU's A.D.) M.O. — he's going to make him say no," Feldman said about Swinney as a high-profile option for LSU.

Swinney held his Tuesday press conference as he previewed the upcoming road matchup with Pittsburgh and was asked about several topics, including his response of any potential interest with the LSU program.

"Yeah, this is the only Death Valley I'm concerned about right here," he smiled. "That's for sure."

Swinney is currently 144-35 with two national championships on his resume at Clemson.

When Coach Dabo Swinney is asked about LSU looking to go big and have a big time list with his name on it. pic.twitter.com/fMMZjQK2uN