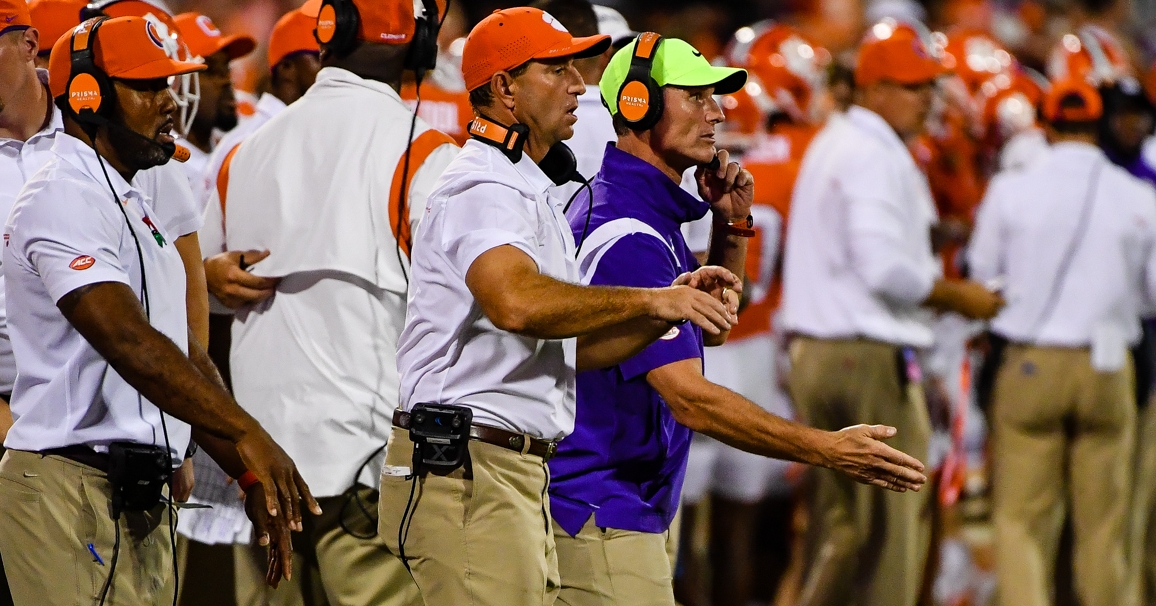 Swinney says Venables' hire is a great compliment to the work done at Clemson.

Clemson coach Dabo Swinney issued his first comments via news release on Brent Venables being hired by Oklahoma as their new head coach on Monday:

“I am super excited for Brent and Julie and the entire Venables family. Man, he’s not only been a great co-worker and defensive coordinator, but he’s been a great friend.

“I’m so excited for this opportunity for him. He’s been very patient. He’s had many opportunities along the way. This was just the right fit for him and the right time with a lot of familiarity for him at Oklahoma. I know he is well-prepared. It’s been fun for me to watch him really grow since 2012, and I’m excited for Oklahoma because they’re not only getting a good coach, they’re also getting a great man who is going to do it the right way.

“His hiring is a great compliment to our program and to all the great players that we’ve had. I’m going to miss him, but at the same time, I’m also excited about moving forward here and the great opportunity ahead. Today is a great day for Brent and his family and a great day for Oklahoma, and the entire Clemson Family and I are proud of — and thankful for — his 10 years here and the lives he impacted in the process.”

Brent Venables was hired from Oklahoma as Clemson's defensive coordinator in 2012, starting an impressive run for the Tigers defense. They finished in the top-10 in total defense -- including No. 1 overall in 2014 -- from 2014-18. Clemson ranked No. 2 in scoring defense at the end of the 2021 regular season.