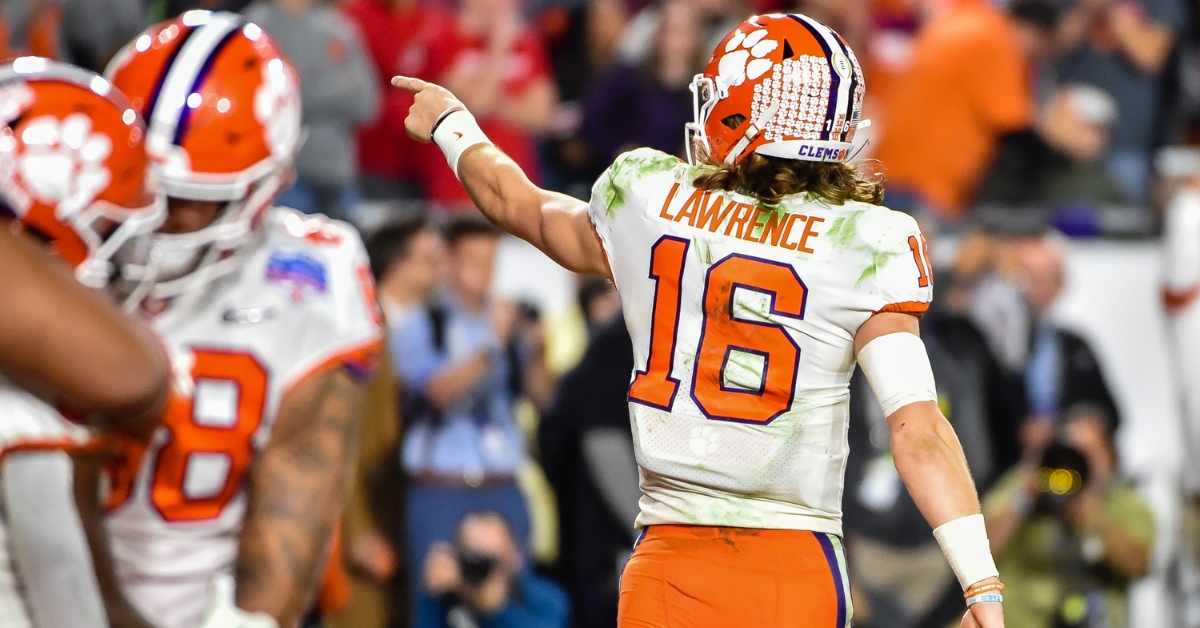 Cowherd is a big fan of Trevor Lawrence's NFL potential

There is a heated debate among some college football fans (many from LSU) and NFL draft analysts about who is the better pro prospect Joe Burrow or Trevor Lawrence.

ESPN draft analyst Mel Kiper Jr. said Tuesday on ESPN's 'Get Up' show that Burrow was his choice.

This didn't sit well with Fox Sports One analyst Colin Cowherd as he thinks Lawrence is by far the better NFL quarterback prospect.

“Joe Burrow is a fifth-year 23-year-old senior, who didn't do anything and could not beat out J.T. Barrett, Dwayne Haskins," Cowherd said. "Couldn't beat them out. J.T. Barrett is a scout team (QB) in the league. Trevor Lawrence was so good that he goes to Clemson, the coaching staff says Kelly Bryant you’re 12-2 last year, sit down, the nineteen-year-old is better. He walked into a program that was on fire and they sat Bryant for a 19-year old."

Cowherd knows that even in high school, Lawrence was dominant winning titles in Georgia.

Cowherd adds that losing one game proves nothing about a quarterback's talent level.

"To say that Burrow beat Lawrence head to head proves anything, is Nick Foles better than Tom Brady? Because I watched the Super Bowl. What does that prove? Larry Bird's team beat Michael Jordan's a lot, so did Isaiah Thomas' team. It doesn't prove anything. Michael was better.

"Downgrading Trevor Lawrence because he lost to probably the best college football team ever makes no sense. Trevor Lawrence had never lost a football game before LSU. I think it’s incredible how unfair we are to this kid."

Cowherd realizes the future is very bright for the young gunslinger.

"Trevor Lawrence is almost four years younger than him (Burrow). He’s a kid. Trevor Lawrence’s ceiling, he’s not even close to it yet."

Normally, I'm don't agree with a lot of things that Cowherd rants about but he made a lot of sense on this quarterback take.