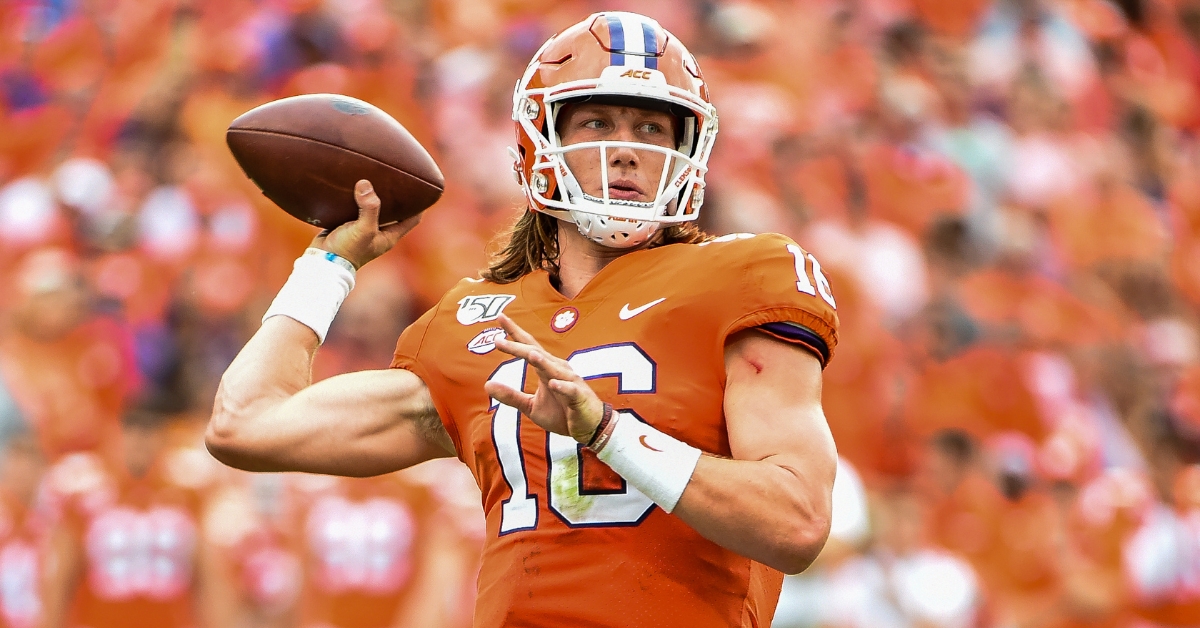 This could be quite the year for Trevor Lawrence.

ESPN's College GameDay made predictions for the Playoff and Heisman race on Saturday.

Desmond Howard picked a Playoff four of Alabama, Clemson, Oklahoma...and Cincinnati, with the Crimson Tide over Clemson in the title game. David Pollack has Clemson, Alabama, Georgia and Oklahoma and Alabama over Clemson also.

Clemson has gone 29-1 over Lawrence's tenure in TigerTown, including leading the way to a national title as a true freshman.

Etienne has won ACC player of the year each of the last two seasons and is Clemson's all-time leading rusher.