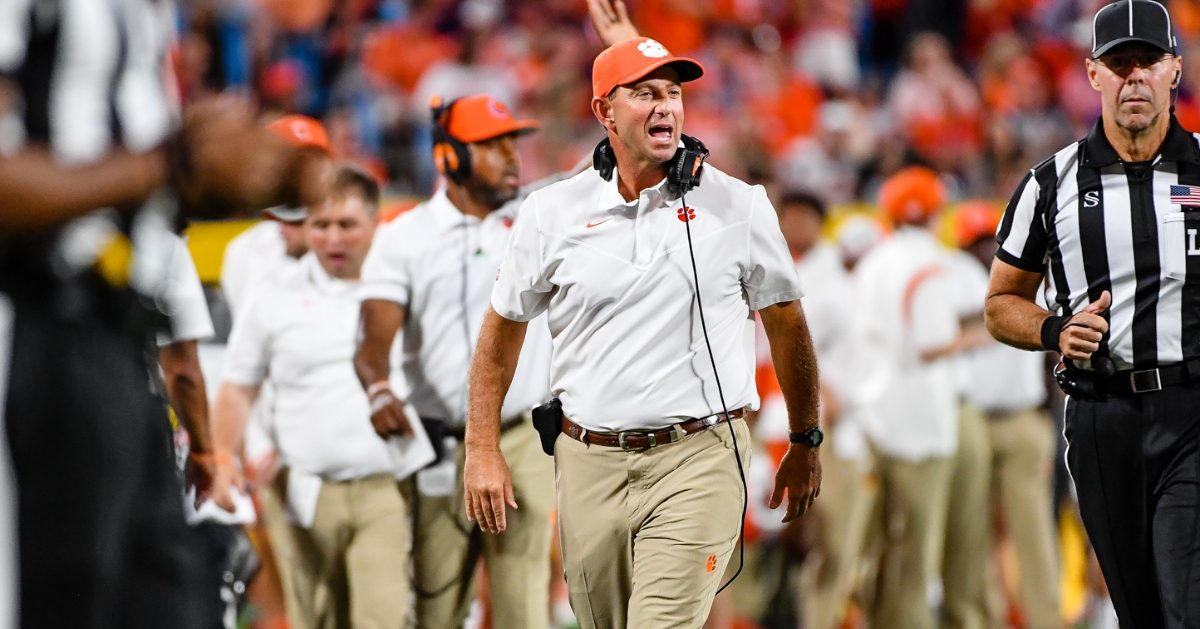 Clemson's longest-ever streak in the Associated Press top-25 is over.

The AP top-25 dropped the Tigers out for the first time since 2014 after the less-than-convincing 19-13 win over BC at home Saturday. Clemson had been ranked in a school-best 107 AP polls in a row, which was the second-longest active streak (Alabama, 218).

Eight ranked teams lost over the weekend, with four coming against ranked foes and four versus unranked. Clemson was one of five teams ranked last week (No. 25) to win a game by one score.

The Tigers were ranked No. 21 in the Coaches Poll on Sunday.

Clemson is off this next weekend before returning to action on Friday, Oct. 15, at Syracuse.