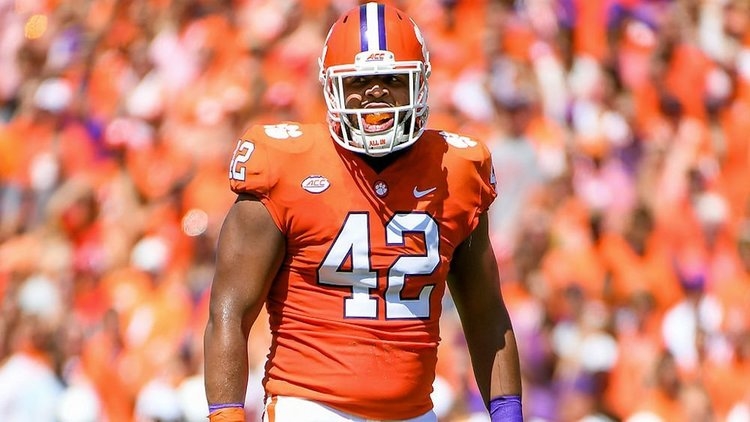 Clemson’s 28 points in the first half ties the Dr Pepper ACC Championship Game record for points in a half, matching Florida State’s total in the 2014 game versus Georgia Tech.

ACC Player of the Year Travis Etienne’s 75-yard touchdown run on the first play from scrimmage marked the earliest score in Dr Pepper ACC Football Championship Game history. There were 14 minutes and 47 seconds showing on first-quarter clock when the Clemson sophomore reached the end zone.

Etienne, the ACC’s leader in rushing yardage with 1,307 coming into the game, rushed for a total of 24 yards on six carries in last year’s win over Miami in the ACC Championship Game.

Etienne’s 3-yard scoring run with 9:29 remaining in the first quarter was Clemson’s school-record 76th touchdown of the season.

In the last 14 quarters of the Dr Pepper ACC Football Championship Game, the three-time defending champion Tigers have had 14 scoring drives of 70 yards or more.

Etienne rushed for 143 yards by halftime, becoming the fifth player in Clemson history to rush for more than 100 yards in an ACC Championship Game.

Pitt’s 117 yards rushing are the most allowed by Clemson in the first half this year.

The numbers don't lie: check out the halftime stats from the first half of @ClemsonFB and @Pitt_FB. #ACCFCG #ALLIN #H2P pic.twitter.com/hNrQcETOcS