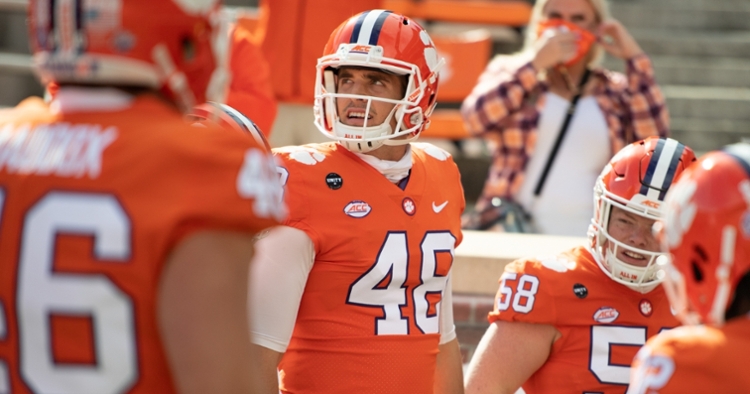 Spiers has been on campus since 2016.

The Augusta Sports Council announced today that Clemson punter Will Spiers has been named as one of 51 players on the watch list for the Ray Guy Award (nation's top punter).

The Palm Beach County Sports Commission also announced today that Clemson kicker B.T. Potter has been named as one of 30 players on the watch list for the Lou Groza Award (nation's best kicker).

Spiers was an original walk-on in 2016 who earned a scholarship en route to becoming a five-year starter at punter. The Cameron (SC) native enters 2021 having averaged 41.4 yards on 229 career punts in 56 career games (all starts), with his 56 career games played entering 2021 already tied for ninth-most in school history. He already holds school records for starts by a punter (56), career punts (211), punts downed inside the 20 (81) and total punting yards (9,483).

Potter was named a Groza Award semifinalist last year after finishing the season 18-of-23 on field goals (with three blocked) and 61-of-62 on PATs in 12 games.